Another package from Crinkly Wrappers

Feb. 26th 2011. Almost a year ago today. A young blogger in Oklahoma was celebrating the recent Super bowl Game when he started this blog post. 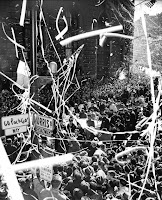 The Packers win over the Steelers was still fresh in our minds and the world was abuzz with the newest craze: blow up bras. 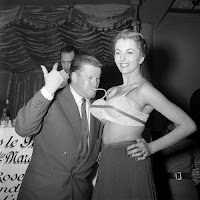 Nobody seemed to notice that everything was in black and white though. Odd.

It was around that time that I received this package from Ted of Crinkly Wrappers fame. He and I had set up a trade. My memory is foggy on what I sent him. Probably not nearly as good as what I received. 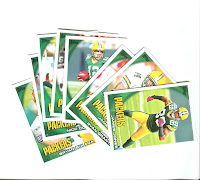 He sent me what appears to be almost a complete Packers team set from 2010 Topps Foot, plus inserts. Really nice stuff.

This is my one and only Green Bay sticker card. I didn't jump on the sticker bandwagon this past summer/fall like everyone else. Money was a little hard to come by. Hobby stuff took a back seat to car stuff. You know how that goes. I'm trying to decide to stick this on my green colored Green Bay binder or just leave it be. I'm thinking sticking it would be a nice little bit of flair to the front of the binder. What do you guys do with your stickers? Stick'em or leave them in the pages?

I believe this is my one and only stadium Club chrome. I didn't know they existed.

I think it's from the Trading Card History insert from 2008 something. I'm assuming the flagship product, but I'm not that sure because I wasn't really collecting in 2008.

I pulled a really cool Albert Pujols Bazooka Joe card. Actually I pulled a few of them, but no David Wright so this is really cool. Mostly I like it when cartoons and real photos meet. This card brings out the kid in me.

My 2010 Turkey Red pulls were almost non-existent mainly because I didn't rip much of 2010 Baseball. I like the design better than 2009 Turkey Red, but by the time 2010 came out I was a little tired of trying to get all 150 cards in the set. I was happy with the two or three that I pulled from packs, and of course this one too. This would be a nice subset to go after one of these days.

Next up is a couple of refractors.

....and one of the nicest action shots in last years baseball set. Also one of the more former photogenic players on the team.

Lastly, but not least is a Kimball Champions David Wright. Nice looking card. I'm sort of procrastinating on this set right now, but it's going to get finished one of these days. I'm pretty close on the first 50. I just need one more card.

Thanks again for the cards Ted. Sorry it took me a year to get around to thanking you.
Posted by Jeremy at 10:26 PM

Hi, I liked your blog and I invite you to join our website http://www.coollectors.com - The World's Free Collectors Zone.
Hope to see you soon -:)
Thanks,
Shelly