See a few reviews of flagship online hasn't really moved me much. I'm not going after this years set, but after buying a few packs at Walmart the other day I think the design isn't really that bad in person. The photos are nice, but the photos have been pretty nice for the past couple of years though. Cool photos aren't really enough to draw me in this year, especially with all the inserts. It's taken me a couple of years, but I'm finally disgusted with all the inserts. It came to a head with last summers A&G release.

One of the reasons why I'm not going after this set is that I'm saving up for Allen and Ginter this summer. I'm going to have to save up; it looks like this years A&G also has a bunch of inserts. I think I'm going to like the inserts a little better, but still it's a lot of product to buy to finish off any of the subsets, not to mention the regular set.

Also, I'm going to focus on the other sets I'm working on. I'm going to do a lot more vintage this year. It's one area of my collection that I've neglected. There is some really nice stuff on COMC and I want to see what I can do to fill out some player collections.

At first I wasn't even going to buy one pack. I resisted Lineage and a few other products this year, but I knew I would eventually buy a few packs to see what the new cards look like. It's hard not to when you see so many bloggers online ripping open packs.

Also, a couple of cards stand out to me. The Mickey Mantle and the Antonio Bastardo cards would be nice to own. I'll probably just go online to find those singles and the Mets team set. 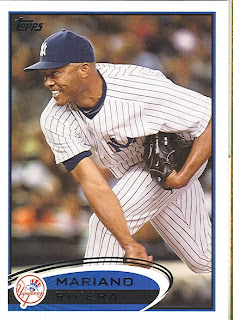 First card up is of Mariano. This is a guy I like so we're off to a good start. I like the design a lot better in person too. 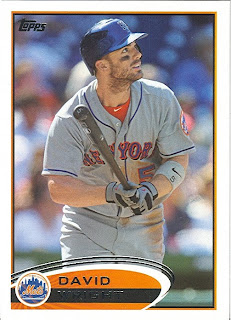 Okay, the second card is David Wright. Uh oh, Now I'm getting a little more into this set. They're dragging me in. 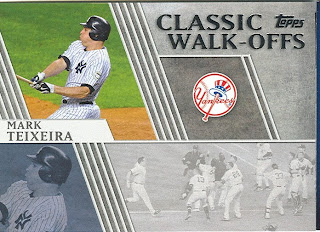 Okay, now we're back down to earth. A nice looking insert, but of a player that I don't really like much.


Recently I bought a bunch of 87 minis at a flea market. I think I would rather finish that set rather than this one. It still would be cool to have the David Wright mini though if there is one.
A nice looking mini. I was wondering how these would look in person. The rough,old school back is nice. 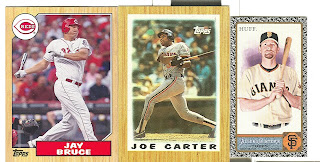 This is how they compare the 87 League Leaders mini and A&G in size. 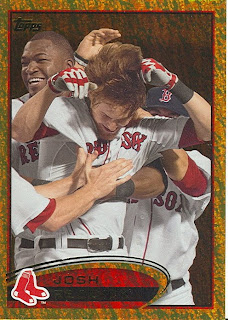 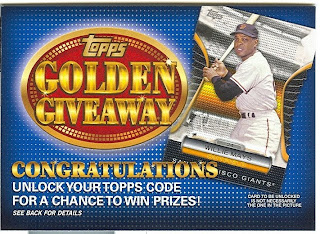 I also pulled a golden giveaway card. The site isn't up yet. I'm not as stoked to redeem it as I have in years past.


Yep, that's about what I thought. I didn't even pull any cool action shots out of these two packs to scan. I now there is some cool Gatorade shots and I know there are going to be some really nice action shots in the set, but I'm a little burned out on flagship. I was hoping to pull some cards as trade filler and I came up a little short on that end.

Although I won't be collecting this years set it will still be tough to resist buying a few more packs here and there.

In my totally and biased 2 pack review I give 2012 Topps Baseball 1 and a half Reytings:

If I buy a few more packs and pull some awesome action shots like the Update Dee Gordon card or a Bastardo then I'll bump up that Reyting a little.
Posted by Jeremy at 9:54 PM

Hi, I liked your blog and I invite you to join our website http://www.coollectors.com - The World's Free Collectors Zone.
Hope to see you soon -:)
Thanks,
Shelly

There is definitely a David Wright 87 mini.

Cool, I'm going to try and find one for myself then, Ted. Maybe I'll try the coolectors.com. Hahah! Yeah, maybe not.