In the preseason Big XII media poll Nebraska was picked to win the north division with OU and Texas tied for first place in the south division.

I guess it's safe to say that neither one of these teams will finish first in their division this year. At least not without some help. OU is two games behind Texas currently while Nebraska is only one game behind Kansas State. Win the remaining games and hope for a little help along the way and either team could see themselves in the Big XII title game.

I'm sort of hoping that we don't make it that far, we might be able to beat a north team in the game, but going to a Fiesta Bowl as conference champs wouldn't be the best for us. We haven't done well in recent Fiesta Bowls, and the competition will be a lot harder than what we might see in a lower tier bowl. Plus, I'm sick of Glendale, Arizona.


Last year one of the two college football assignments I was able to cover was the OU/Nebraska game in Norman.

Dominique Franks intercepted Joe Ganz's first pass and returned it 17 yards for a touchdown. OU would lead 49-14 at halftime and go on to win 62-28. 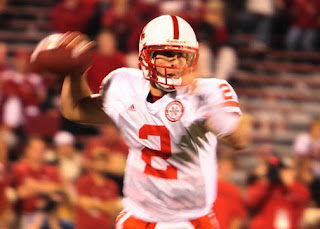 (this is me playing with slow shutter speeds) Didn't quite work out how I wanted, but it's still kind of cool.

Our overall record against Nebraska is 44 wins 37 losses and 3 ties. 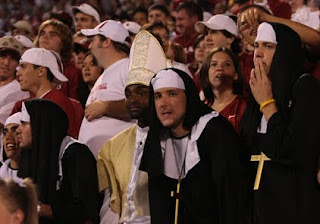 I don't know if the game was actually on Halloween last year, but it didn't matter to some of the students. 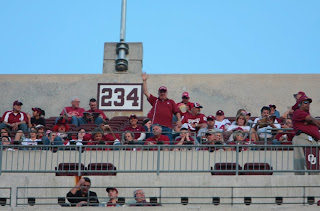 Here's a shot of my dad in our seats. I had to zoom pretty far to make it up to section 234. That's my mom sitting to his right. We used to sit on the top row for a few seasons. That's quite a walk up those steps. 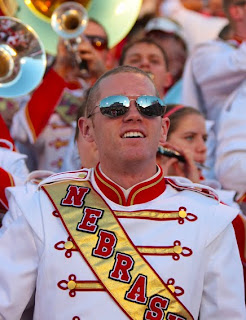 You can sort of see the stadium reflected in this band members sunglasses. 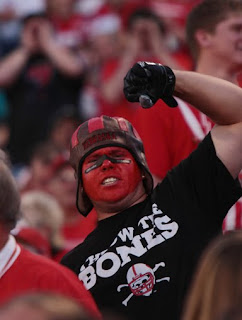 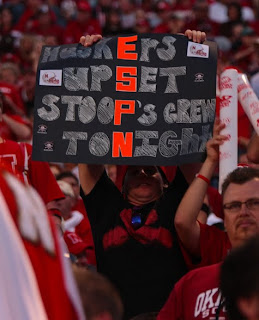 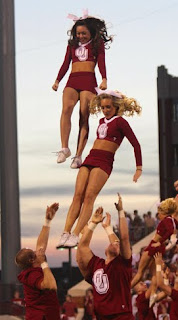 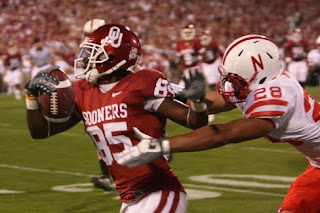 Norman's own Ryan Browles makes a reception right in front of me. 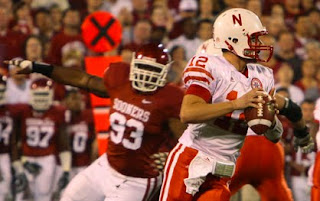 Getting pressure on Joe Ganz. 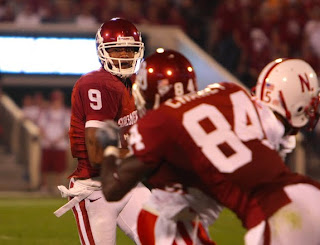 Juaquin Inglesias looking to take it up field with a block from Quentin Chaney. 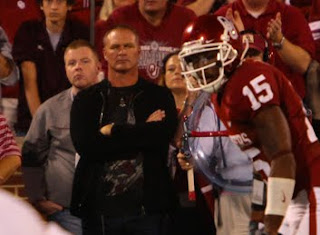 "The Boz" on the sideline. 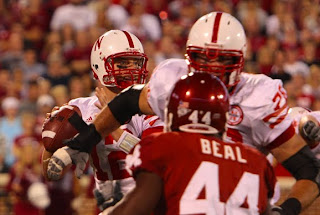 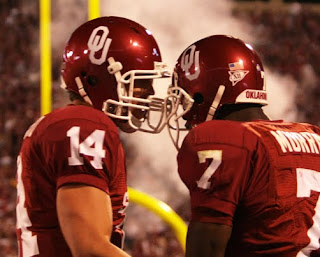 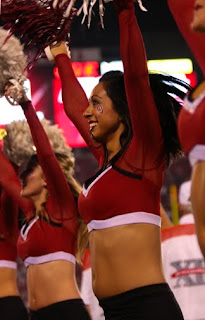 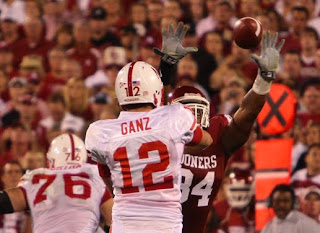 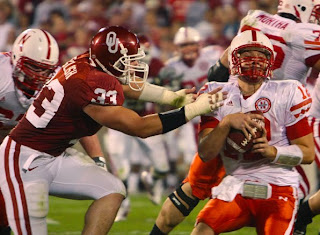 Austin English on the sack. 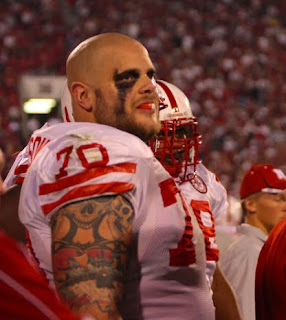 Scary Nebraska player. Wouldn't want to meet him in a dark alley. .. or in broad daylight... with all my friends protecting me. Hopefully we've brought enough guys to take care this one. 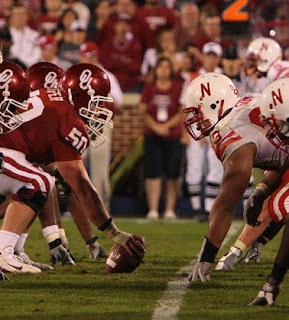 This reminds me a little bit of the 1971 Sports Illustrated cover featuring the Immovable Nebraska - Irresistable Oklahoma headline. That was a preview of the 1971 game, which was dubbed "the game of the century." We lost 35-31. Hopefully this one will live up to past OU/Nebraska games.

We've been pretty horrible on the road this year. Losing two neutral site games and one away game with only one win on the road. Hopefully we can even that up a bit on Saturday.

I'm really looking forward to going to the game. OU/Nebraska was a big deal when I was a kid. In the past 15 years or so mostly it's been a dud. One of the teams might be good, but the other was down. Only a few times where both teams ranked. I'm not sure if Nebraska is even ranked right now. It doesn't matter. It will be nice to see a game with some of the nicest fans in college football.
Posted by Jeremy at 10:38 PM