Gift from Is this Tampa Bay Sports-or is it just a Wasteland?

Maybe that was because I've never pulled any players that I've been actively collecting.

That changed when I got a package in the mail from Justin at Is this a Wasteland-or is it just Tampa Bay Sports?

This is the second package I've received from him. The first being a huge allotment of Vikings cards. Thanks again, by the way.


I had seen a Pee Wee Reese Ring of Honor card that looked interesting to me so I asked for it.
He was nice enough to send it over with a HUGE selection of Allen and Ginter that I needed from the base set.

But first, the Pee Wee card. 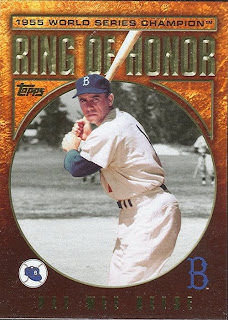 I realize now why I like it so much. Not only is it a Brooklyn Dodger, (I've been a fan of theirs since doing a book report on Jackie Robinson when I was in 4th or 5th grade.) but it's also because from the scan I had assumed it was a black and white photo. Don't get me wrong I like black and white photos. Actually color is nice too, colorized black and white movies or photos usually look really bad.

It looks a lot more natural having the player in color with a desaturated background than some of the other Ring of Honor cards that I've pulled.


Here's what I'm talking about. 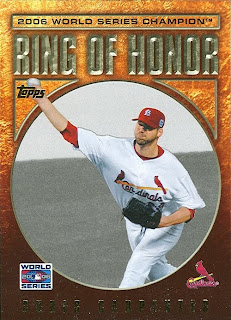 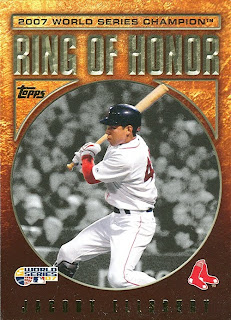 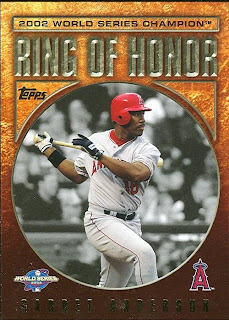 These two cards are cool, but they have this blobbed out blury gray background with no personality. 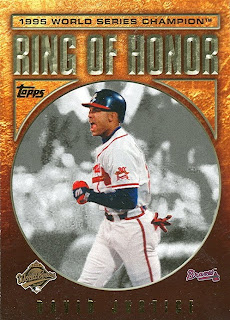 This one is just weird. Whoever edited looks like the blurred it out with some weird effect.


I mentioned earlier that he had sent me some Ginter. Actually he sent me a TON of Allen and Ginter base cards to get me to needing only 31 more cards to finish the set. Really cool!

I don't have enough free time to upload all the cards, but here are a couple that I really like. 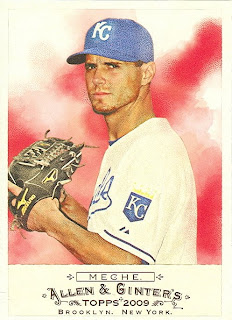 I wasn't really expecting these, but they were nice to fill those holes in the binder. 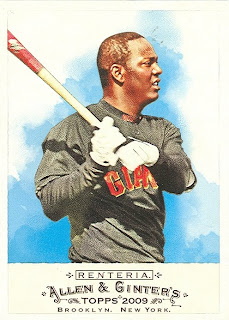 This is one of my new faves for kind of a weird reason. I have met a few Colombian students recently and I always ask them about what kind of sports that they are interested in. Most of world seems to be hung up on soccer, but I was thinking that baseball should be somewhat popular in south and central America simply because so many players come from there. Apparently the only Colombian we could come up with is Edgar. This guy even new the town he came from: Barranquilla, Colombia. I can't pronounce it, I can't even pronounce Renteria correctly. Oh well, I should bone up on my Spanish more.

Thanks again for the cool cards. If you're reading this I'm preparing some cool stuff to send your way. At least I hope you think it's cool.
Posted by Jeremy at 11:24 PM

Labels: allen and ginter, is this a wasteland-or is this tampa bay sports?, pee wee reese, trade