Sorry, I couldn't think of anything clever to title my most recent trade post. I guess I should say most recent trades plural. The two step reference is for Marvin from Trade Bait-The Great Chase who went to school at UT in Austin and another blogger who currently lives in Texas, Brian who ya'll know from the Play at the Plate blog has sent me a bunch of packages in the past few months.

I don't really have a problem with the state of Texas. I just realized that they both have ties to the Lone Star state when I was writing this entry.

I'm more worried about the Sunflower State looming over me than anything else. 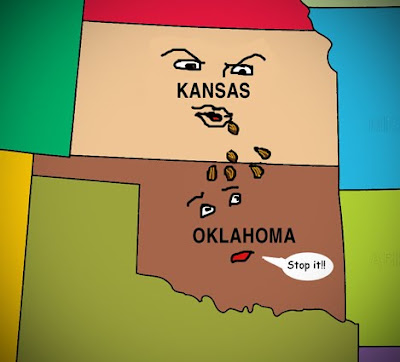 If only they wouldn't use OK for a spittoon I'd feel more comfortable.

Alright enough with the dorky jokes, let's see some cards.


No sooner than Marvin had sent over a mess o' cards then he sent over another package fill to the brim with more cool stuff.


I've only ripped a few packs of Philadelphia and I've never pulled any horizontal cards. 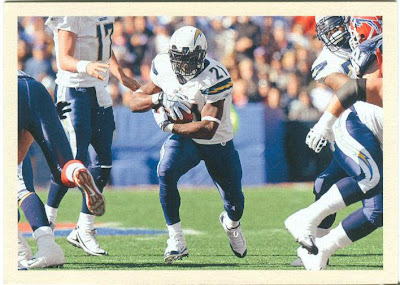 This is a nice one of LT and a decapitated Phillip Rivers. Looks like he's a Jet now. I really would like to see a healthy LT play next year. I really like that the horizontal cards don't have logos. 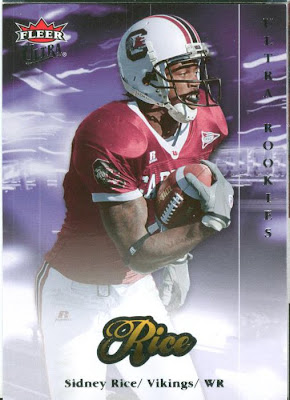 I didn't realize that he played for Steve Spurrier. I really wish "the Old Ball Coach" would get it together and start putting together some high powered offensive teams soon. I'm tired of them slugging it out in defensive SEC battles game after game. I guess the recruits at Florida were a little more talented than the ones that he lures over to Colombia,SC. 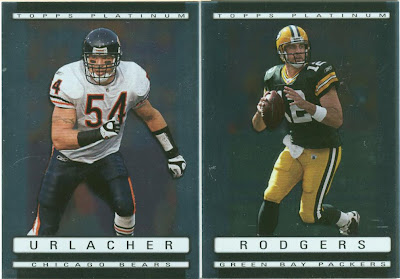 These cards look exactly like the packages. Shiny and silvery. Like most of you, I like shiny. These were two of the coolest Platinum cards he sent over. 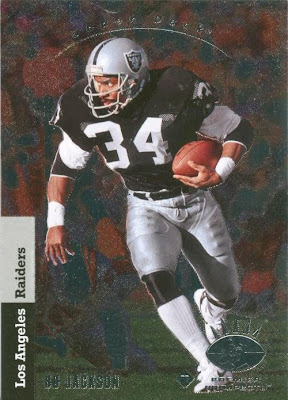 This is one of my first Bo cards. And a shiny one at that! 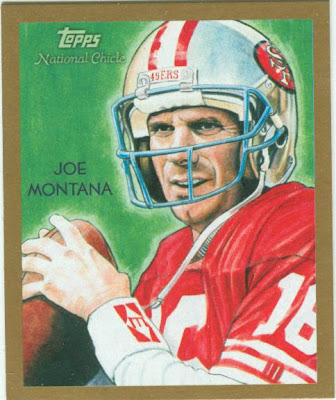 On the other side of the card spectrum a definitely non-shiny retro-y mini of Montana. Pretty cool card. This card is a sketch card done right. It looks like Montana to me.

Like me, he's been busting a bunch of UD stuff recently too. 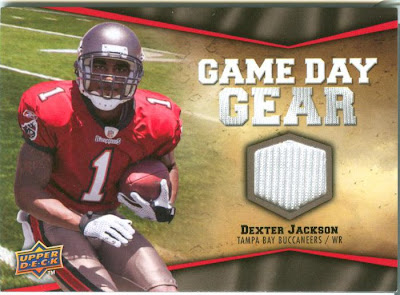 I pulled a similar card to this one, except mine was that Romo guy. This suits me a little better. I'm not much of a Cowboys fan. The Romo relic will be included in a stack headed to Dallas. 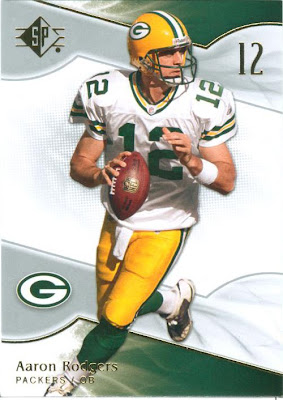 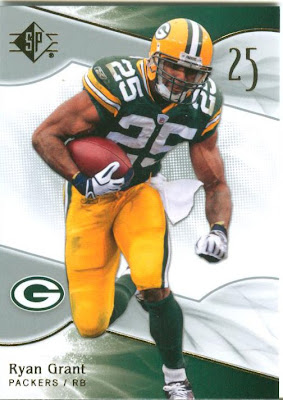 I like the look of these cards a lot and of course my two favorite current Packers. 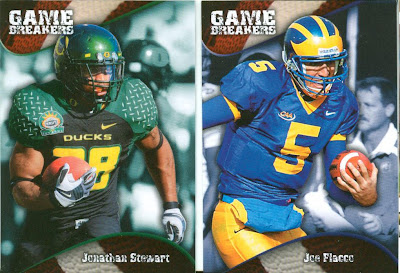 I'm not exactly familiar with the Game breakers insert set. I haven't pulled any of these, but that's cool because Brian's got me covered. He sent over like 23 of these. They only feature guys in their college uniforms which is cool with me. 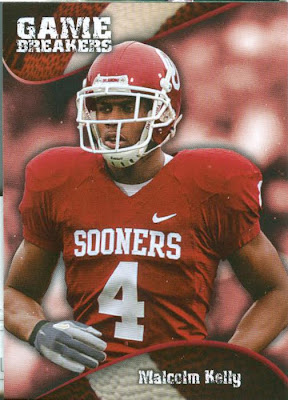 I like Malcolm a lot when he first got to OU. He got some heat when he left for the NFL for not putting enough effort in practice and during games. I'm not sure if I buy that though. People have a weird tendency to either love or hate a player based on heresy. I thought the guy did good while at OU.

Here is a video of some of his highlights. He was quite a specimen and I'm pretty sure he could have caught more of those passes if so many of them weren't thrown behind him. This is a sort of a long video at a little over 4 minutes, but I love to watch good highlight videos no matter the player or team. 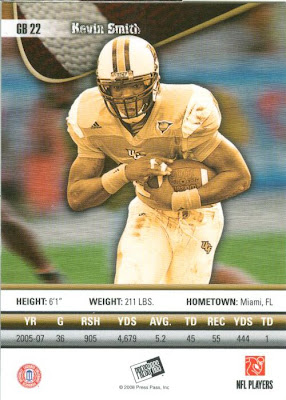 The backs of the Game Breaker cards are pretty nice too. I used to keep up with Kevin Smith when he was at UCF. He was drafted to Detroit. So sad. He's nursing some injuries right now. OU has had a lot of players go to the Lions. I really hope McCoy or Trent Williams don't end up there. It's a horrible place to make somebody play football. 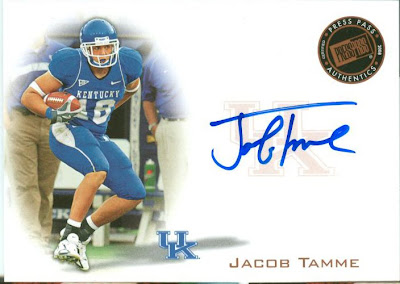 Don't know much about this guy. Seems to not really be tearing it up at the next level. He currently plays for Indy.

This short post really doesn't reflect on the insane number of cards that these two bloggers sent over, but honestly I don't think I could do any better than this at showing off a small portion of what these guys sent out.

Thanks again. I hope to dance with the two of you again. I've got some stuff in little packages ready to be sent off to you guys. I just need to find some time to actually do it.

I leave you with another Malcom Kelly highlight.


This was after the 2008 Big XII championship game when we played Nebraska. Kind of cool. I like that you can see the cameraman clean off the lens with his fingers doing the "performance".

Thanks for reading.
Posted by Jeremy at 10:45 PM