After the first four packs or so, this is what I've pulled that I think is scan worthy. Not a lot of hits, but a few good base cards and inserts. 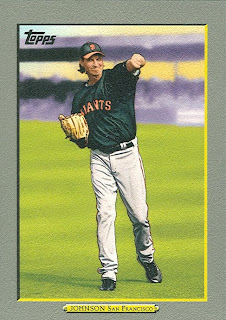 A Randy Johnson Turkey Red. My first of the UH. I'm trying to complete all 150 of the Turkey Reds. 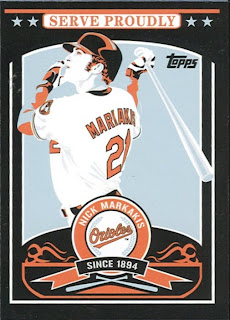 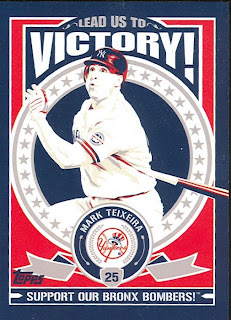 .. and a Teixiera Propaganda. I also pulled the base card that looks sort of like this card. Pretty cool action shot too on the base card. I'm too tired to upload it though. It's got the same expression, but a slightly different angle. 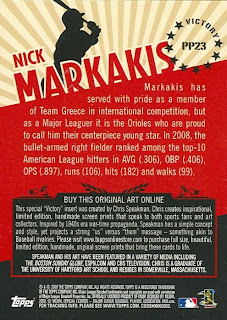 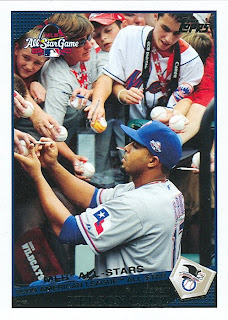 I really love this Nelson Cruz card. Is it too dorky of me to notice the Mets fan with a Canon camera strap around his neck? The sunlight coming down with Nelson surrounded by fans looks cool. 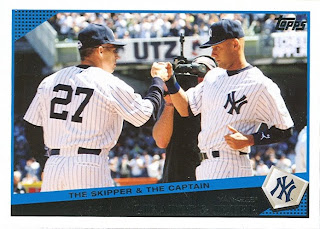 Here are a couple of cool cards I guess. 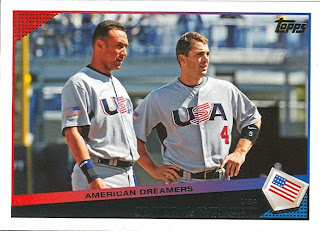 Kind of lame for horizontal in game cards though. 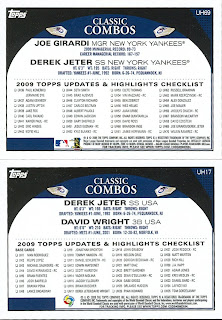 At least they have checklists on the back. 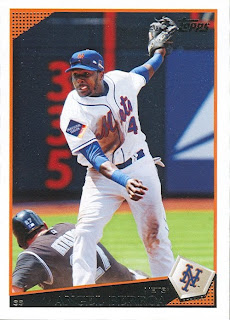 This is a nice action shot. I love expression of Angel's face.


Alright! That's it for now, I'll try to show off some more stuff later. I have a feeling the rest of the box is going to be mainly base cards with few hits left. Hopefully I'm wrong.
Posted by Jeremy at 9:56 PM

The propaganda cards are pretty awesome, and not just because Markakis is on the checklist.

They do look pretty cool. Probably even better as full-sized posters too. They seem so different than the rest of the inserts out there.