The adventures of Salty and Hamrod!

I still love this old set. You know the ancient 2009 Topps baseball. It's still pretty new to me and I love the design of the cards. I'm still building that set and I got some help from Justin at Is This a Wasteland or is it just Tampa Bay Sports.


Me and Justin have pulled off a bunch of successful trades since I've started blogging. He runs a cool blog that centers around Tampa Bay Lightning hockey as well as the Rays and Orioles. He had some cool stuff for trade on this post.

It's kind of funny, I always check out other people's trade posts and they seem to mix it up with base and relic/auto cards. It finally occurred to me more than ever that I'm a base card enthusiast. That's not to say I don't like some of the inserts out there, but I really want to be a set builder not so much a player collector.

So on that note let's check out some of the Topps 2009 cards he sent over.

Here's one of the reason's why the 2009 baseball product was so successful: the cool action shots. 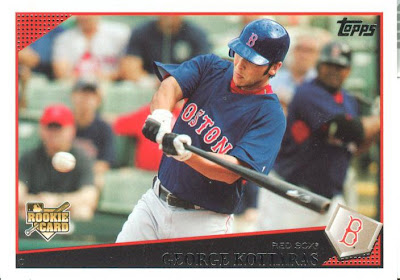 Especially this one because it includes the player's face and also shows a genuine action shot complete with the ball in the frame.

The little things in these trading cards are what kill me. 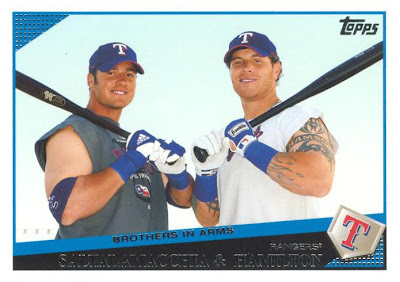 I don't know Saltalamacchia's nickname is or if he even has one: but "Salty" ain't too bad. I don't know how to pronounce his last name, so this might work out better for me.

Maybe Topps wanted to do something clever with the names. One guys name is Jarrod Jaay-rod and Ham-rod. but I think Salty and the Hamrod works better.

I haven't seen much Topps 206 cards around here. Maybe they are and I'm just fixated on other stuff. I bought a few packs and was only really happy to pull the Mickey Mantle checklist cards.

Here is a no numbered Mantle card. 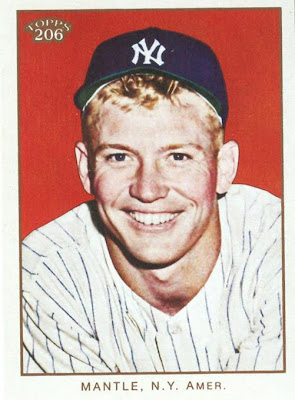 Pretty awesome if I do say so.

Keeping with the 206 theme Justin sent over a couple of Mets. 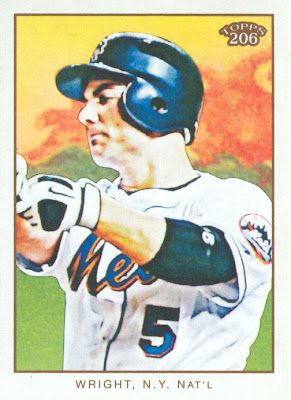 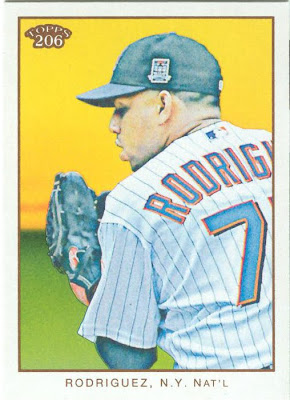 FRANCISCO! There's something about that name that makes me want to type it out loud. 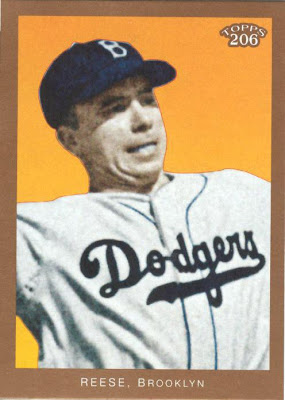 Seeing this cards in person makes me want to go out and buy more packs of these cards.

Thanks again for the cards. I hope we work out many more trades in the future.
Posted by Jeremy at 2:07 AM

Labels: is this a wasteland-or is this tampa bay sports?, trade