2008 Stadium Club, that's what. Seems like a lot of people don't like it. I've only acquired two cards via trades, and they were really cool cards. So when I saw discounted packs at Target I had to get a couple.

Here is the first pack that I opened. The second pack was a little lame, so I'm not posting that one up.


Out of the 5 cards, I'd consider 4 of them as good cards. 3 out of 5 of the cards were horizontal action shot cards which is pretty cool.


First card out of the pack was a Chase Utley which is a player I like. 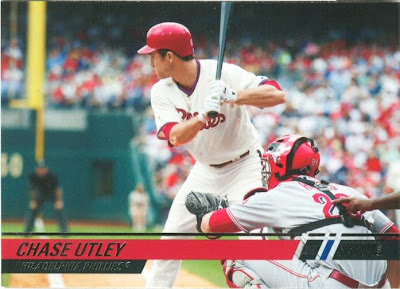 A play at the play card. 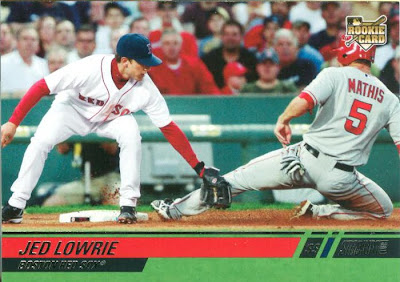 Pretty cool. This will probably be put in a stack for Mr. Play at the Plate himself unless he doesn't want it, or he already has it. 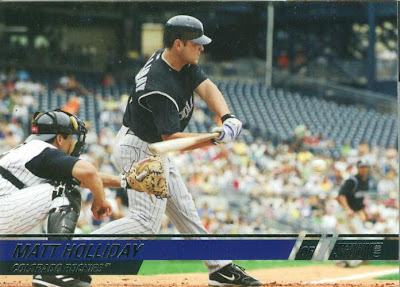 A cool Matt Holiday back when he was playing for the Rockies. This'll go into the Holiday binder. 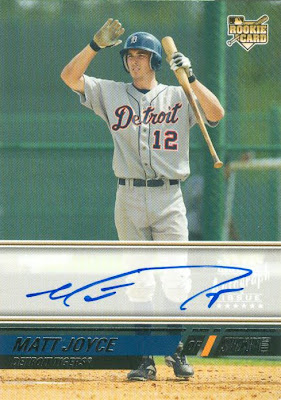 ... and a Matt Joyce autograph rookie card. According to the checklist that was included in both packs this is a real auto. It looks a little different than the other autos that I've seen online. The other ones were sticker autos and were off more popular players. He no longer plays for Detriot. He's a Ray now.

If anybody out their likes this card, let me know. I could be pursued to trade it away. 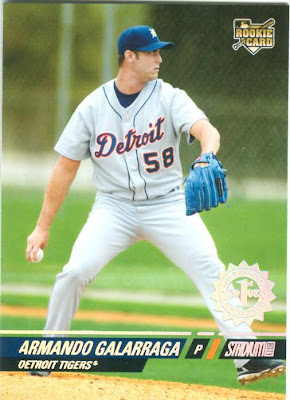 It wasn't serial numbered though, so maybe it's not like the hobby version. I'm not sure.

I looked these cards up online and they used to be astronomically priced. They're nice cards, but that seems a little expensive to me.

After opening these, I wish I would have gotten more. Instead I picked up some 2010 Topps Baseball. That was my original intent on going to Target anyway. I didn't pull any Million Card Giveaway cards, but I did pull some cool cards in my two packs.

I pulled a Mantle CYMTO based on the 1968 design. 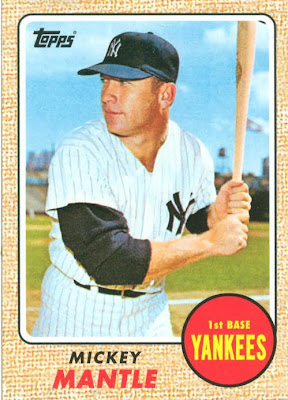 I pulled the base Mantle as well. These two cards are going straight to the Mickey M binder page. 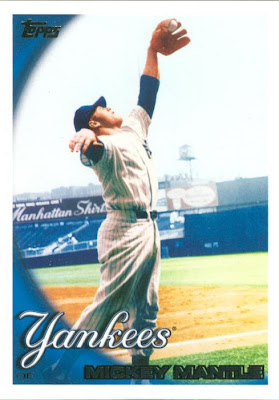 Pretty nice card. I don't really like the slanted horizon line, but I do like the Manhattan Shirts billboard and the out of focus, over exposed water tower in the background though.


I pulled another Matt Holiday for the Holliday binder page. 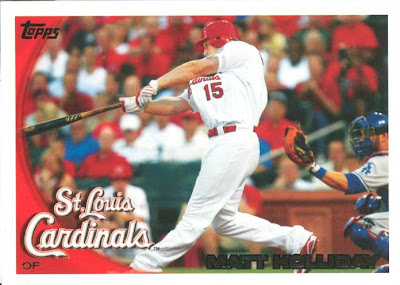 A pretty good Holiday day of pulling Holi... oh whatever. 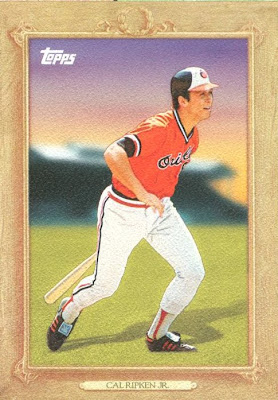 This is number 19 in the set. I also pulled a number 27 Edwin Jacson . 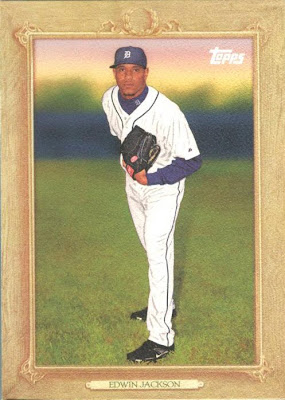 I'm not collecting the entire TR this time out, I just want a few players that I like. So these two are up for trade if anybody wants them.


I really like the Legendary Lineage the best. I have two now. The Lincecum/Gibson card and this one: 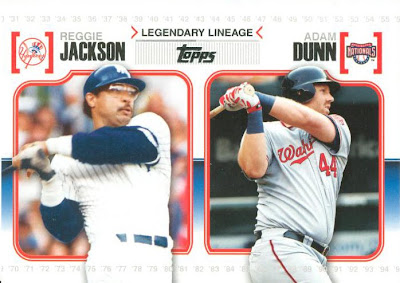 I like Reggie. I'm not that knowledgeable about Adam Dunn. The design of these cards are the best.

I'm doing pretty good at pulling these Tales of the Game cards and not getting any duplicates. 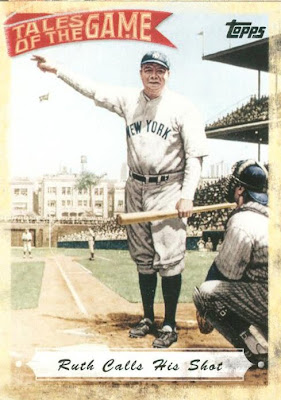 Out of 9 packs I've pulled like 5 of these. Pretty good odds so far since they are seeded 1-6 packs.

I can't say the same for the CYMTO though. I still have these two for trade if anybody is interested. 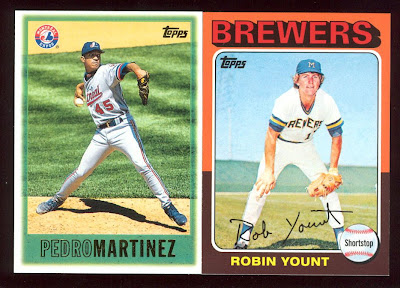 These are my duplicates. They're the CYMTO backs and the numbers are 24 and 46. I think the Robin Yount card is the most common of the CYMTO cards. I've seen this card all over the place.

Anyway, that's it for me for now. I'm going to spend the rest of the night avoiding the urge to go back to Target for more Stadium Club packs.


Thanks for reading!
Posted by Jeremy at 8:29 PM

The rookie autographs are on-card. The well known players are a different type of autographed card design called Beam Team.

Nice autograph! As much as I've read about the '08 set, I still can't make heads or tails of a lot of things. I know the hobby version sells for about 12 bucks a pack and boxes for an insane amount of money, all because there is a hobby exclusive base parallel that you dont even know is there unless you're really looking for it. The retail is dirt cheap, and next time you're at Target, look for half price blasters. I believe all the on-card autos are the rookie autos, and the sticker autos are the "beam team" stained glass inserts. There are the regular, silver and gold beam teams, all of which look really really nice and are made of transparent plastic or something. The silver and golds are serial numbered. I've seen most of them sell for under $10 on eBay.

Thanks for the info guys. I've seen the beam team cards with the stained glass backgrounds, but not any auto cards like what I pulled.

Earlier I found some discount football stadium club, but no baseball. Maybe I'll just buy up the remaining loose packs.

From what I can tell their are a lot of parallels that make collecting it pretty hard to navigate.

Nice pull on the Joyce. I have about 2 blasters and maybe 4 loose packs of 08 Stadium Club with about 20 1st Day Issues, including a Johnathan Van Every Rookie auto if you are interested. If you are, hit me up. Thanks.

Jeremy, I need those Turkey Reds and the CYMTO cards if they're still available. I can send you some of the 2008 Stadium Club and I've got some Football stuff for you as well.

Brian, I'll save those cards for you.