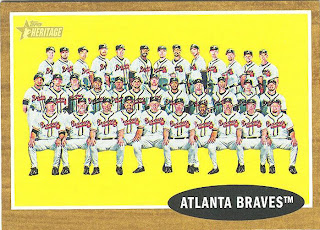 A long while ago I pulled off a trade with everyone's favorite dad; Jack from the All Tribe Baseball blog.

We've traded a few times and I've been a fan of his every since I came across his blog. His was one of the first blogs that I read and he was my first commenter and trade partner. In the past three years or so that I've been reading his blog I don't think I've read a negative word from him. He's always the most laid back and positive person in our little blogging community. 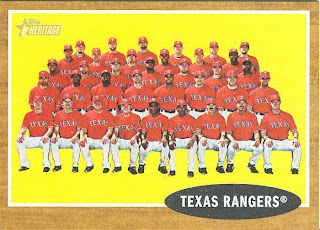 He was nice enough to send me over some Heritage team sets. When ever I see team cards no matter the year, I always want to collect them. I still haven't gotten around to achieving this goal, it's one of the many things that I've procrastinated about doing this past year. I may have to do a Heritage Team Frankenset. That might look cool, or horrible. Whatever the outcome it would be fun to try.

When 2012 flagship came out, Jack mentioned how he wished that a card company should do an all vertical or horizontal set one of these days because it looks better in the binder. It wouldn't be as hard to enjoy the cards if they were all facing the same way.

I'm sure other people have mentioned it on their blogs, but I don't recall it having an effect on me until I read Jack's review. It makes sense though; a lot of times I think the insert sets like Kimball Champions and Turkey Red look so nice simply because it's a uniform style and they all are orientated in the same direction. I'll have more on this in another post later.


For now, I'll change gears a little and show off some other cards that Jack sent over. 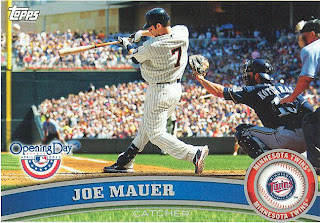 Last year Opening Day was my favorite set to collect. I like the small checklist, the Opening Day Logo and the inserts. For the most part it was a pretty easy set to collect. I'm still needing some mascot and Superstar Celebration cards to finish it up, but overall it was fun to open packs and put together the set. I also pulled an auto from one of my Wal Mart blasters so that was nice. Not a player that I necessarily care about, but still a nice pull.

One of my many sets that has taken a back seat is 08 Stadium Club.

I like the logo and the full bleed photography, but who doesn't? I don't think I've heard a negative word about SC ever. 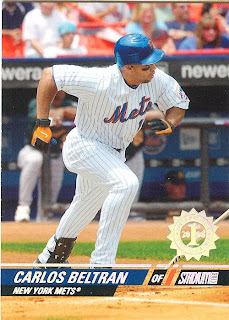 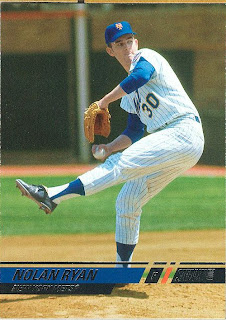 The inclusion of retired stars in the checklist is a good idea too. What better way to give tribute to the older stars with a nice full bleed action shots like this one of Nolan Ryan. In a Mets uniform no less! 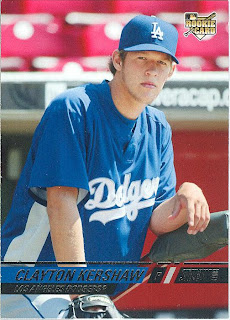 That's all I got in the tank for this post. Thanks for reading. And thanks for the cards and wisdom Jack!
Posted by Jeremy at 2:06 PM