Trade with My Sports Obssession 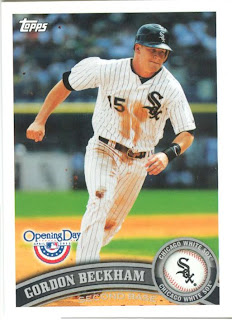 "You know it's so nice when it happens good." 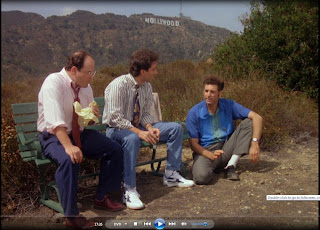 That's a line from the Seinfeld episode where George and Jerry go to California, 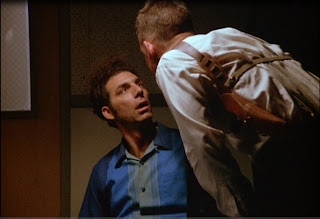 Kramer had gotten into some trouble. The police thought he was serial killer. 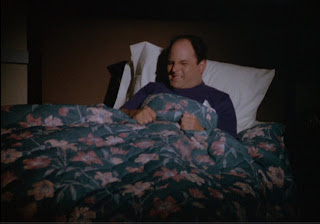 Eventually they make their way back to the hotel room where George can't sleep because Lupe the chambermaid tucked his sheets in too much. 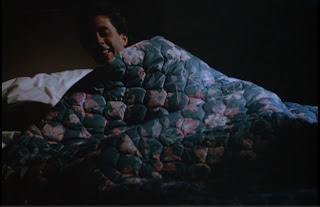 Jerry opted for "no tucking" and was able to sleep relatively easy by comparison. That's when he says, "You know it's so nice when it happens good."

The quote that Jerry utters was from Fred DeCordiva the producer from the Tonight Show.

He talked to Jerry about doing his first standup on the show and how he felt about it and the quote always stayed with Jerry because of the weird phrasing.

This phrase keeps coming to me when I start to write about my latest trade with Jeff at My Sports Obsession. He's also working on the 1973 set so I was able to help him out a little bit.

He sent over a bunch of cards including some 2011 Topps, Allen and Ginter and some 73's.

The card at the top of the post is the very last one I needed for the 2011 Opening Day set.

Technically I'm still searching for a few inserts, but everything else is complete.

About a month ago I decided to look over all my cards laying around and make sure they were all arranged correctly. I realized I had a few Opening Day cards mixed with the regular Topps cards.
With both sets having the same design that probably happens a lot with collectors getting the two mixed up.

I'm really happy to finish off this set and put the last base card in the binder. It was a fun set to collect and I occasionally I'll look over it in the binder. 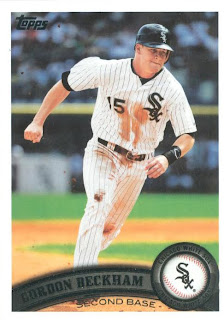 In addition to that card he also sent over the flagship version of the same card. 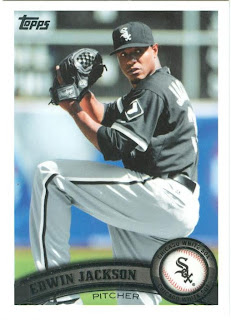 And a nice Score Board in the Background candidate with this Edwin Jackson card. 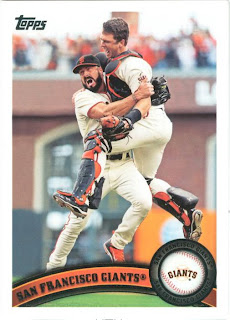 I've mentioned before how nice the team cards look. 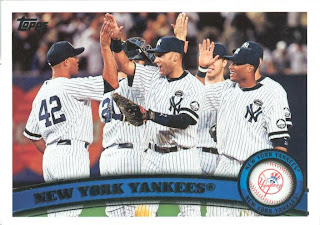 The celebration photos used in these cards are nice too. 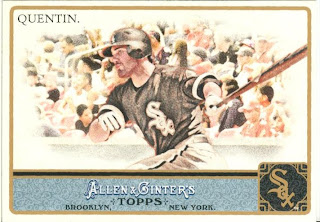 A trade post wouldn't be complete without some Allen and Ginter. Especially some horizontal A&G. 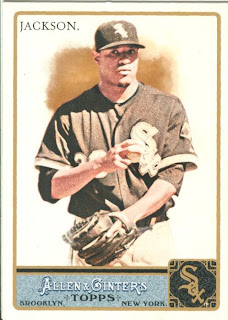 This is shaping up to be a White Sox heavy post so far. This Edwin Jackson card and the A&G card both have something in common and that's the beady eye treatment.

I think in both cases Topps editors brought out the whites in Jackson's eyes. 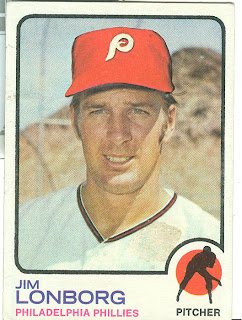 Look at this airbrush job. Not as bad as the ones I mentioned a few posts ago, but pretty obvious. 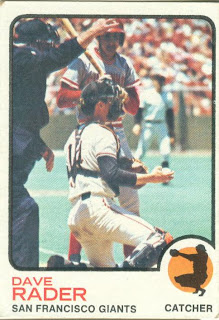 First off is Oklahoma City's own Dave Rader. He makes an apperance on a card with Dave Conception I think. 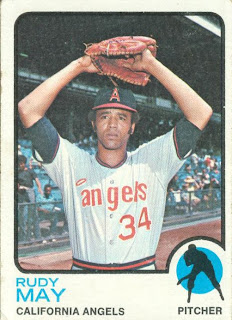 Rudy May in one of those cool Angels uniforms. 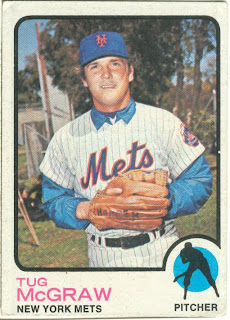 Tim McGraw's dad in one of the many jersey over the windbreaker Mets cards.

Thanks a lot for the cards Jeff.
Posted by Jeremy at 11:09 PM

Your welcome. I was glad to give you some help on your sets, even if it was a bunch of White Sox. I appreciate the cards you sent me as well, I have the cards scanned, just have to get the time to write it up.

Don't worry about it,I'm just glad you got the cards. It's a little ironic that you sent me all the White Sox cards since you collect them, but they will work for me too.

There were all dupes for me so you were definitely welcome to them. They didn't come right out of my PC's.

I don't have many cards left for trading but I do have huge stacks of duplicate Sox cards.