I decided to head out this afternoon for a little card buying so I stopped at a flea market thinking that I might pick up something interesting. I knew that the chances of finding anything really old or cool wouldn't happen, but at least it was a way to kill time. I found this thing. It's a League Leaders compilation thing. It has a plain cardboard back. This is from my first era of card collecting, but I don't recall these. I got the last two the guy had. They're both duplicates except one was a little beaten up. 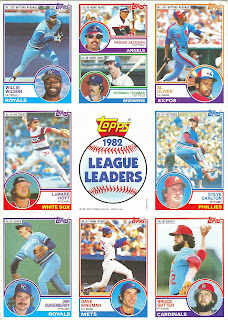 I bought some Elvis cards. I knew they were over-priced. I guess I should have tried to barter a little, but oh well. They're cool. I picked this “set” because of this photo. Elvis and Anita Wood on a roller coaster. Cool expressions. She's kind of hot too. Kind of sad that she doesn't look like that anymore. That's the cool thing about photographs and cards they capture a moment in time not only for the viewer, but also for the person captured in the photo. 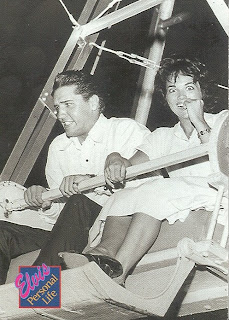 The next few packs I bought were rife with crap-o-la. I pulled a John Kruk though. I think this was the year he was traded. 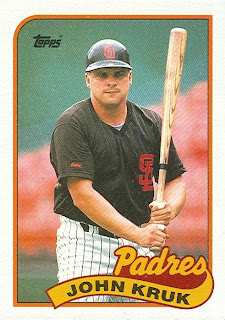 He's doing sportscasting on ESPN now, and I hear that he was a pretty good ball player.

These '90 Upper Decks are cool because they might feature a guy hanging out lounging on a Gatorade jug.... 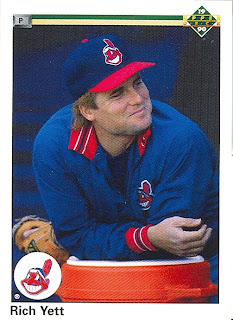 ... and on the back a cool action shot of him pitching and at night too, which is cool. That's about as tight a crop on an action shot as I've seen on a baseball card. He's stuffed into that frame. Very nice. 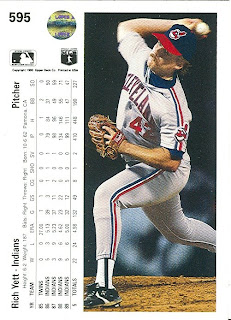 I did get the Ramones Anthology for $4.00 though. That was a highlight. 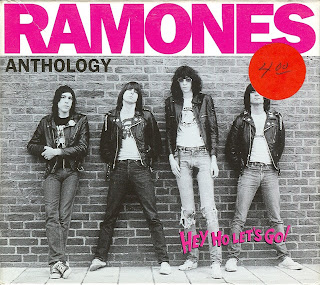