For this blog post I'm going to run through a bit of my topps series one and twos that I picked up as well as a recap of the fastest trade ever! Since I've been pretty busy this week and will not even have a day off, I'll be blowing through this one pretty fast. Hopefully that won't reflect badly on the trade, because the cards were well appreciated.

Okay, on with the trade.

After a few e-mails me and Duane at Democratic Roadkill had come up with some Allen and Ginter cards that each one needed, so off the trade went. I had barely even had a chance to hit "Send" on the return email before my package had arrived in the mailbox! I was really excited to get these, because it means I'm that much closer to actually finishing one of these sets.

First off I want to show off some of the topps that he sent over. 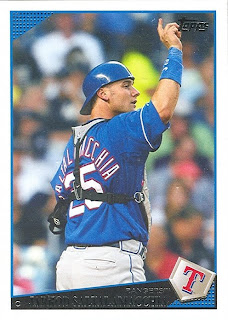 I wonder if topps picked this card because they wanted to show off how long his name actually looks on the back of his jersey? It's a pretty cool card though. You can still see part of his face even though most of the card shows his back. 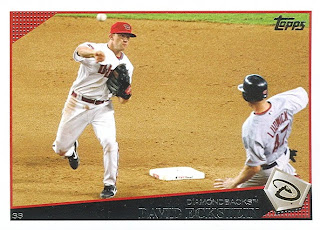 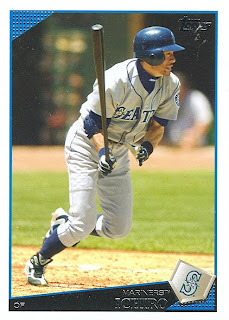 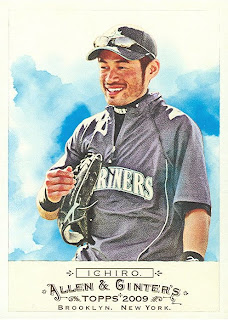 .. to go along with this allen and Ginter Ichiro card he sent over.


He sent a bunch of Allen and Ginter base and short print cards for me. 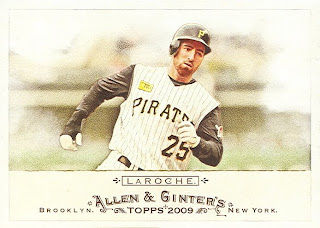 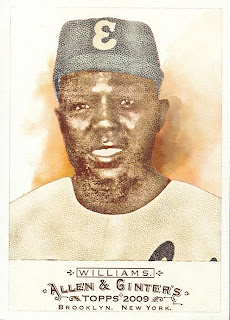 I believe this is the last Negro League star in the base set that I still needed. 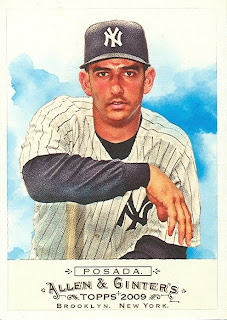 This brings me to only needing 53 more cards for my base and short print set.

I picked up a few more topps cards. I was able to grab a couple of cool inserts. 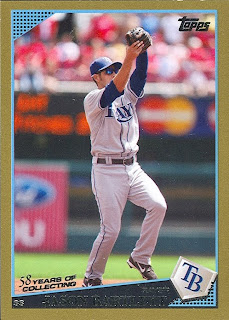 Whenever I pull certain cards I immediately identify them with certain bloggers. I think their is someone out there who is a Jason Bartlett fan, he's probably already got this card, but maybe not the gold parallel version. 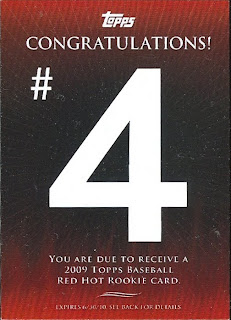 After seeing these all over the blogsphere, I've finally pulled one of my own. It's a redemption for from the Braves. I'm not sure if anybody has received their redemptions yet. It says on the website that it'll be a while before they're shipped out.
Might make a nice addition to the binder. 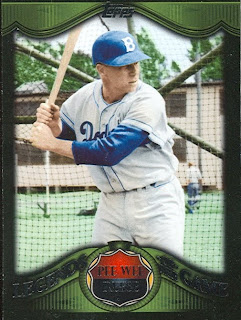 Another Pee Wee Reese card for my collection. I like the look of these cards, but after looking at the checklists I think it'd be too hard to do both the Target and Walmart versions of these. I'm sort of confused about this insert set. I think they are numbered differently depending on what store you bought them from. I can't remember, plus it's enough now for me to just try and get those Turkey Reds together. 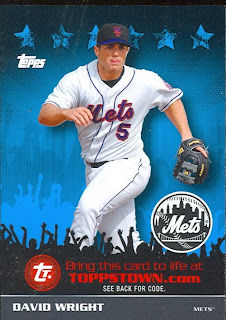 And finally one of the few Toppstown cards I actually like. This one and the Johan card is nice. If theirs a Jose Reyes out there that might be cool too.

That's all for now, thanks again Duane. You guys should check out his blog!
Posted by Jeremy at 10:55 AM

Great post! If I might have been the certain blogger that you were thinking of, I do not have that Bartlett card in gold and I just happen to have 2 black bordered minis, a few Johan Santana cards and a few other goodies in a little stack marked "No Ones Gonna Trade For This"
Cheers!

Oh really? Cool. Haha. Yeah, you were definitely the guy I was thinking of. If I can round up some more stuff for you I'll let you know. I need all the Johan and black bordered cards I can get my greedy little hands on!!