With a little help from my friends....

Finally I have completed one of my many baseball card sets. Actually it's only a small part of the Topps flagship: 2009 baseball Updates and Highlights. I have to give it up to 3 people who made it happen: Daniel over at It's Like Having my Own Card Shop , Joe at Priceless Pursuit and a guy without a blog Larry Littman. All 3 contributed to me polishing off the 13 cards I needed for the set and they threw in other cool cards.

All three trades came pretty much together,so I hope I don't get who sent what mixed up but here goes:


First up is The Man Without a Blog, the Enigmatic Larry Littman. 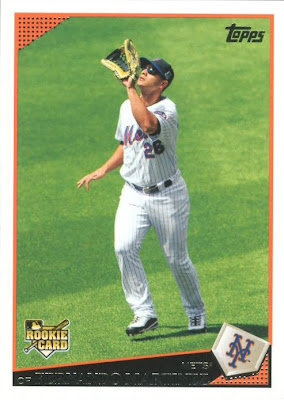 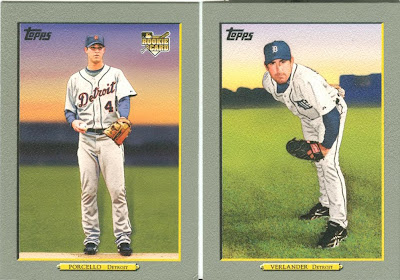 .... a couple of Turkey Reds for that set. Gettin' closer to finishing up the Turkey Reds!

Thanks again! You need to get a blog soon. I don't know anybody right off hand that is blogging about the Mariners so you could fill that void.


Now on to the cards that Priceless Pursuit sent over:

3 cool Packers for my binder.

Yes, I finally have gotten around to putting my personal collection into binders. It's nice to finally have some sort of coherency to my burgeoning collection.
That's one of many reasons why I haven't been able to blog as much as I would like to. And I've been really busy. Actually I mean that I'm pretty lazy. Like napping and cleaning my house, but mostly napping. and I got a new Wii for Christmas. So all those things especially the laziness has contributed to me not posting as much lately.

Anyway, on with the cards!!

Joe sent not one, but two cards for the OU/ Adrian Peterson binder.

I haven't bought or for that matter even seen any of the Football Heroes cards except online. 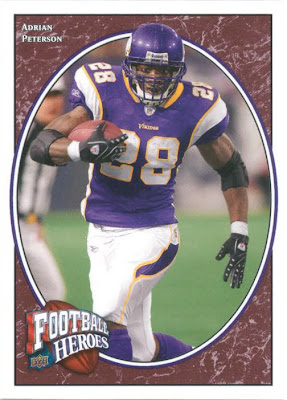 The base A.D. card goes nicely with... 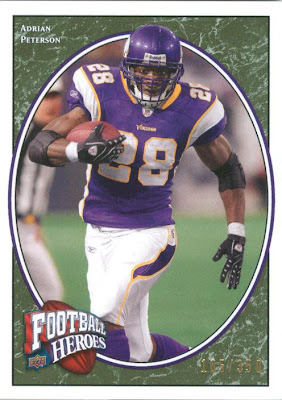 ... the serial numbered "Emerald" card. I guess that's supposed to be emerald. I don't know much about the parallels in this set, but any card of Adrian is welcomed in the Scott household.

He sent over a cool David Wright card that will go into the Updates/Propaganda/Turkey Red binder. 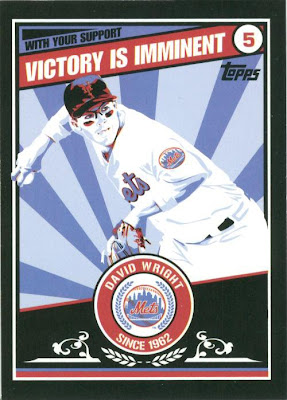 Of course I've got to include a cool base card from U&H. 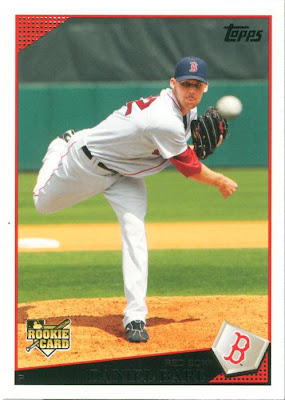 Still love the base cards from the flagship!


Next up is some cards that from It's Like Having my Own Card Shop.

He sent me a couple of cool base cards: 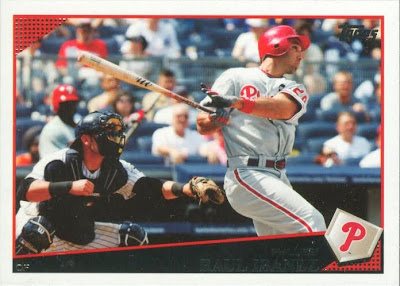 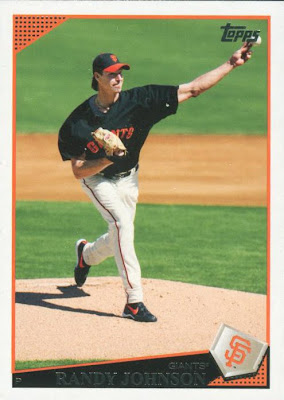 Kind of funny that we both traded dueling Randy Johnsons to each other. I gave him the close up and he sent me the long shot. 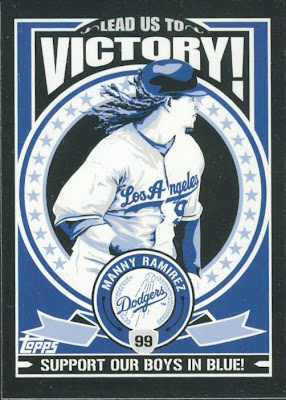 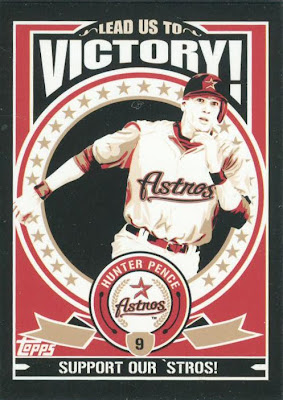 I think the horizontal Propaganda cards look cool, a little anachronistic. (I hope I'm using that word correctly) in that I don't think propaganda posters in the past were horizontal. 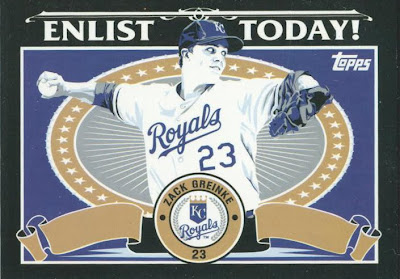 I'm not an expert in propaganda posters, but most of the ones I've seen have all been vertical. Even as I type this I realize we're talking about baseball cards, but this is important stuff here! Anyways, I still like them no matter the orientation. 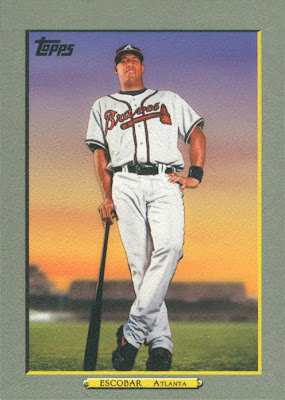 .. and another Turkey! Cool. 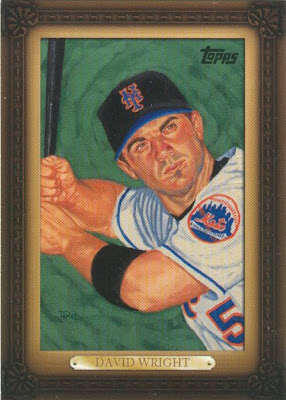 And a David Wright sketch card to go into the Mets binder!

Sometimes I feel a little overwhelmed with all the different sets and subsets of cards that I'm trying to collect. I shouldn't feel that way, I should focus on the fun and excitement when you pull a really cool card from a pack or trade and eventually everything should fall into place.

Having a bunch of trade partners doesn't hurt either.

Thanks again guys! I'll keep you guys in mind when I pull random cards you might be interested in.
Posted by Jeremy at 10:29 PM

Labels: adrian peterson, its like having my own card shop, mets, priceless pursuit, topps update and highlights 2009, trade

Good going J. I found a couple of OU players in uniform today. Don't remember who or from what year, but I'll put them in a stack for you.

It doesn't matter, I'll take any OU player any year. I love them all!! I still have those Ginter minis and some random Rangers and Dallas Cowboys in a stack to send your way. I just need to get off my lazy rear end and go to the post office.

that's the fun part. Finding a card and sending it off to a buddy.

Congratulations on completing the set! With your help i also finished mine. Thanks and look forward to more trades.

Thanks, I'll keep an eye out for more Diamondbacks as I get them.