A few weeks ago I participated in an old school box break sponsored by Baseball Dad.

I picked the Mets and he sent me some really nice cards.

My eye quickly gravitated towards the newer cards he included as surprises, probably because I'm trying to complete those newer sets. He sent me a couple of Mets that are from the Walmart Blackout type of parallel. 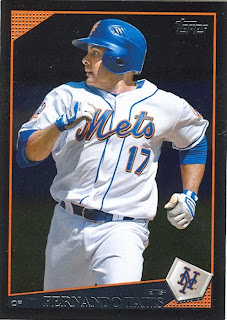 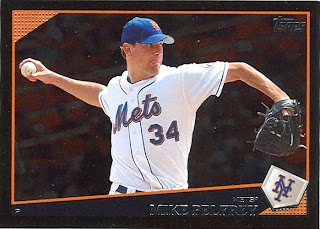 I need to finish about 150 cards from 2009 topps series one and two apiece. I have hesitated to buy a blaster because I can never find time to go to Target and the only blasters I found at Walmart include the two packs of these blackout parallel cards. They don't really look that good as scans,but are actually kind of cool looking. After looking at these I might have to go out and buy get a blaster anyway. 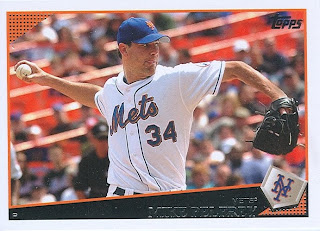 This Pelfrey card had a nice background that I liked in the regular card.

This Bazooka card of Isringhausen reminds me of that Pelfrey card just because of the background and I guess the team too. 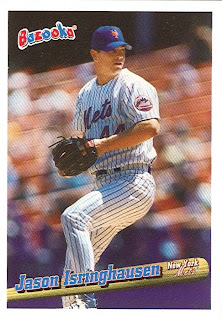 I love the out of focus lines of the stadium seats in the background. 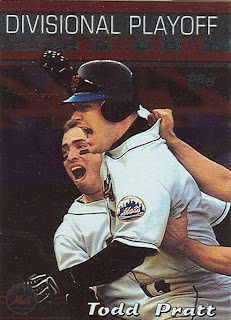 This is how a highlight card should look like. Lots of action and emotion. A really nice tight shot. Apparently Todd Pratt was cut by 5 different teams but his home run against Arizona was only the fourth home in postseason history that ended a series. His home run sent them to the NLCS. 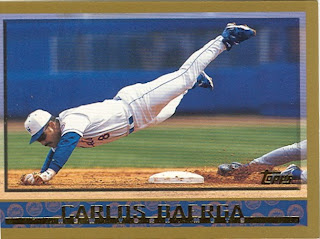 Cool shot. Sort of reminds me of this card I really like from '08. 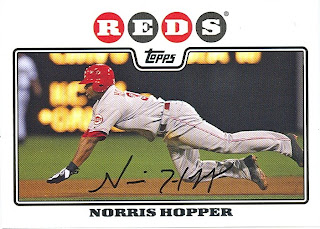 This card gives me another excuse to post one of my favorite cards, the Hopper card from Topps '08. 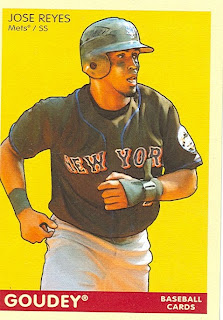 I really think I need to buy more of these cards. I really like the big head inserts. 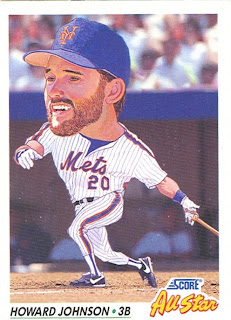 Kind of a different take on the big head thing from Score.

One of the cool things about the O-Pee-Chee cards is of course the highlights on the back of the card written in English and in French. 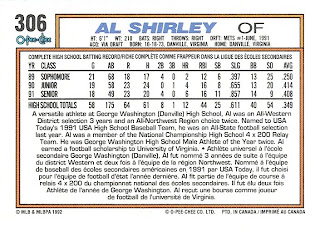 The backs on the '93's seem to mostly have different shots of the players than what is on the front. 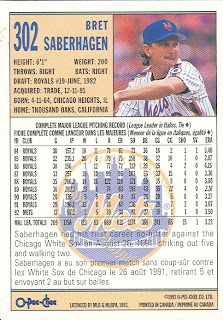 You'll have to take my word for it, I'm too lazy to upload the front of this card. 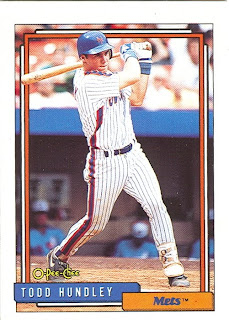 And the action shot cards are nice because the player is actually shown outside of the colored border. That's always a nice touch.

A big highlight for me was Keith Hernandez, I've always liked the Seinfeld episode with him as Elaine's boyfriend. 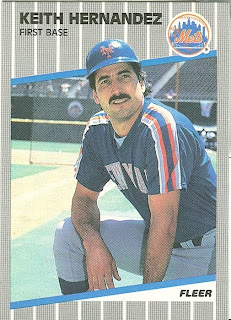 That was the episode with the parody of the movie J.F.K.

Their were so many other cards that he sent. They all are nice additions to my Mets collection. It's the first time for me to even see these cards, so that's a nice card history lesson for me.

Thanks again Jack for hosting the old school group break. If any of ya'll have a chance check out his blog All Tribe Baseball.
Posted by Jeremy at 2:02 AM