Retro football and baseball card round up.

I guess this will be the weekend of the retro card sets. 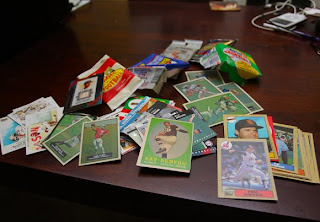 I started off by signing up for the OPC Old School group break over at Baseball Dad's blog.

There's still a little bit of time left to sign up for the break.

I didn't really mean to buy a bunch of packs, but I had to stop by Walmart for non card stuff and noticed something new in the card aisle. They started stocking 12 packs of Ginter.

I hadn't seen any of these 12 card packs before, so it was something I couldn't resist.

The packs contain 10 base cards, with one mini and one national hero in each pack.

Out of 23 cards I pulled about 13 cards I could use with only a few doubles. So that was nice. 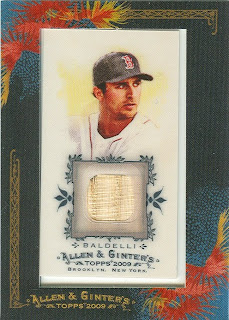 The highlight was this Baldelli bat relic. I was pretty happy to pick it up, I didn't even pack search. (I promise I'm not a searcher).

I'm not going to bore everybody with the rundown, but I only got one SP and my minis were the basic normal type with no excitement on the backs.

As always, if anybody wants to go out and check my want/trade list, please do. I update it somewhat regularly, and I don't mind trading for anything as I'm just trying to get random stuff.

I also wanted to try out the new '09 Philadelphia Football. It's another retro set based on some '50's football cards. I'm not up on my history, so I don't know which year, but I think it was actually from the Philadelphia brand. This new version is released by Upper Deck. 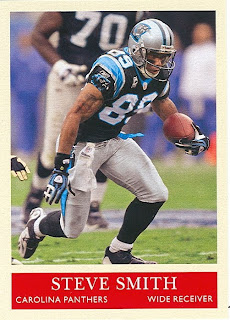 The cards are unique in that they have nice colorful photos with old school borders and backs. The photography is nice, and you would think that the plain borders would make the photography stand out, but for me it seems to be a hindrance. Maybe I'm just looking at it too critically and should just enjoy the cards for what they are. 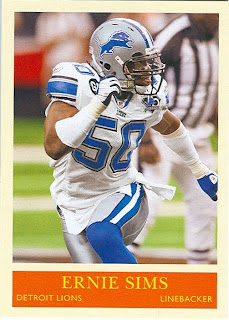 The backs are in keeping with the retro theme, the have trivia questions like what we had on cards as kids, just like the Magic Football cards. 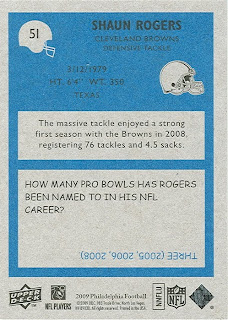 The good thing about these cards, is that they have the answer printed on the back upside down, instead of the gimic of rubbing them with a coin. I don't mind the gimic, but I don't want to wrestle with the decision of possibly ruining my cards by rubbing them with coins. I'd rather just turn the cards upside down.


It's not completely unrealistic to think that we might damage the cards if we rubbed them to hard. 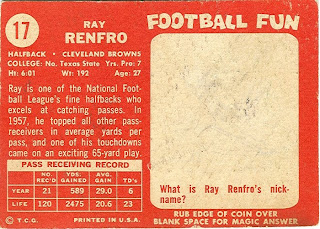 This is the back of one of those cards. I also picked this up from the hobby shop. 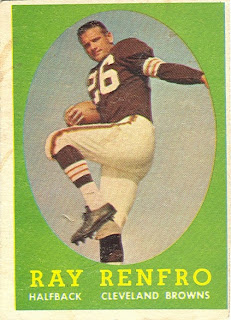 I have no idea who this person is, what company produced the card or what year the card was produced.

From the back it mentions the year 1957 but this could be some sort of reprint, I'm not sure.


Needing to satisfy my curiosity about Magic Football I wanted to get some hobby packs to see how they compare to the retail packs. I really wanted to see if I could get some sort of "hit". 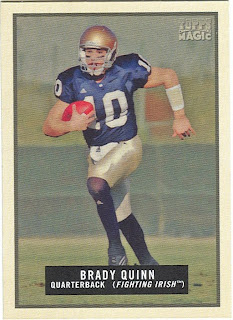 I didn't, but these cards are starting to grow on me a little.

Come to think of it, I'm not even sure which of these packs could be considered "retro". The old packs were state of the art when new, but now they're like 20 years old. A&G and Magic Football are new but a new version on an old theme. Hmm. It's too late for me to think about it.


Hobby shop guy also had a bunch of cheap packs so of course I had to grab a few.

I'll start with the minor league pack. I haven't even been out to the park this summer. I really need to go there to take in a game. In OKC we have the Redhawks which is a AAA affiliate of the Rangers.

First card out of the pack is Tulsa Driller Rick Helling. 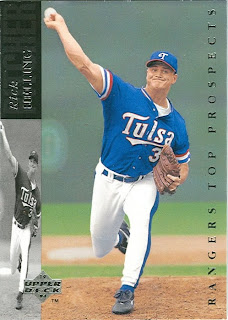 Funny expression. These are nice cards, but I'm not crazy about the black and white squished photo on the side.

The backs however are pretty nice. 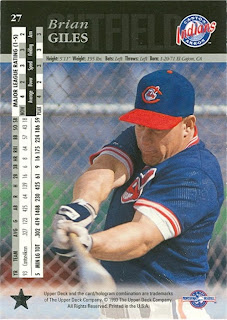 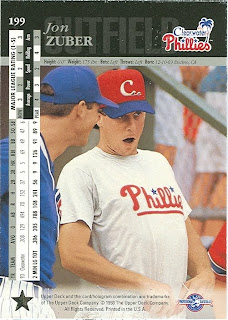 Yeah I don't know either. Maybe an impression of the Crypt Keeper from Tales from the Crypt TV show. 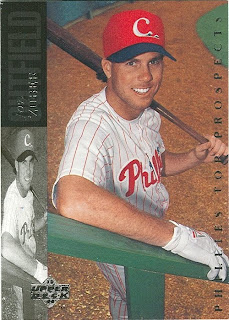 The front is better. Nice posed shot with the bat over the shoulder pose. He probably sauntered over to the railing for this shot. I can see him sauntering. 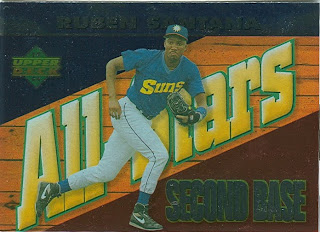 Some sort of refractor/reflector thingie. 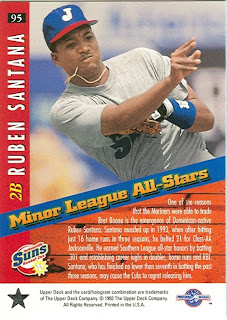 On the back is a really cool action shot on the back complete with the gold chain flying in the wind. 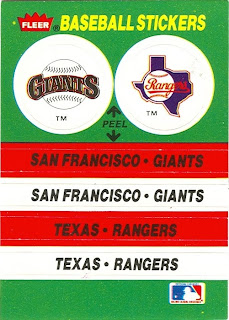 I like these stickers, but I have no interest in these two teams. 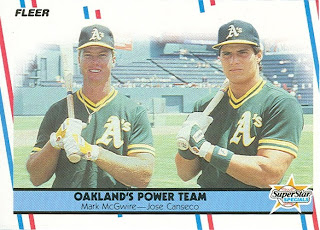 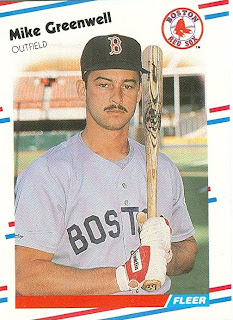 I didn't even know that Jeff Gillooly played baseball. 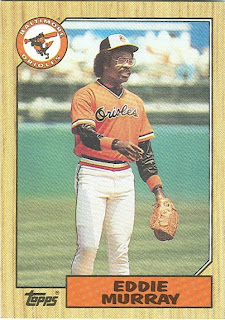 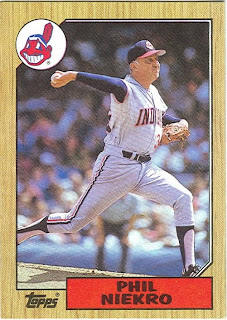 Phil Niekro. I wasn't good at math, but '87 should have been his 22nd year in baseball. He's actually got some gray hair showing under the hat.

That's about it for now. Hopefully there will be some awesome stuff pulled tomorrow at Baseball Dad's.

This may sound weird, but I'm hoping that he has the break sitting on an old sofa laying the cards out on a TV tray. I think that would be the best way to do a retro break.
Posted by Jeremy at 1:39 AM

that actually might be the first eddie murray card i've seen where he really doesn't look very cool!

Yeah I know, he's just standing there waiting for someone to throw him the ball.

Jeremy, your 2009 Philadelphia football cards are patterned after the 1964 Philadelphia set. Your Ray Renfro is a 1958 Topps card.

wheew! I'm glad somebody got the Gilooly reference. It sort of fits the era too.


@ nearmint. I really should check your website more often, it has everything I need to know for reference with the older football cards. That's cool that I have a '58 card. It's a little mis-cut though, but that's okay.