I was surprised to see two different packages in the mail yesterday. I'm not sure why one of them showed up at midnight, but I'm guessing my insane mailman put my mail in somebody elses mail box again. Our mail carriers are a little inconsistent with getting the right package to the right house.

Anyway, I received my part of the random group break from David at
Tribe Cards He's the random packs of kindness guy.

I picked the Mets and got a few for my base set. 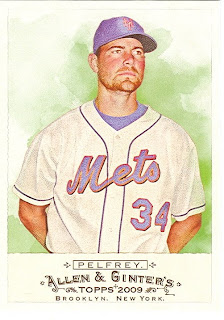 I was mostly excited about the two minis that I received. 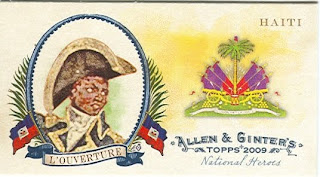 ...and this really cool mini of Negro Leaguer Milton Navarro. 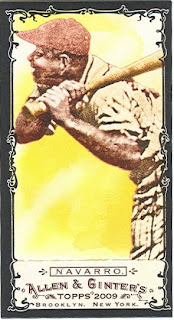 This will go for my black bordered mini collection. I'm at right about 299 now on that set. Almost there!! HaHa. After a few more trades and blasters and hopefully a hobby box, maybe that number will go down some.


The other package came from JD's Wild Cardz . He's 1/2 of the Ginter Code Crackers. I probably should word that better it sounds a little racist, oh well. Maybe Dynamic Ginter Code Duo. That doesn't explain them breaking the code though. I would never be a good person to name superheroes.

Anyway he sent me a few 2007 Masterpieces. 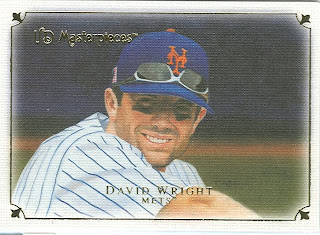 I'm amassing a pretty good collection of these by now. I'm seriously thinking of adding that to my list of hobby boxes to buy along with '07 SP Legendary Cuts. Those are both pretty reasonable right now and I really want to pull one of those film cards from SP. 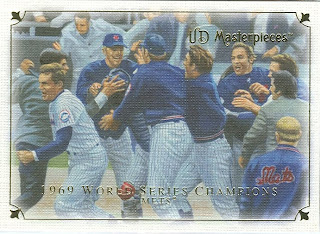 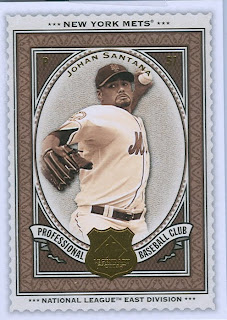 These are really nice. At first I didn't even see the names. They're above the players head. I think that's a really good idea. 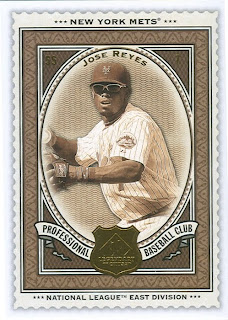 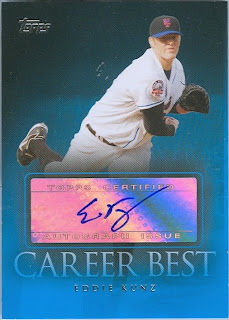 A 2009 Topps auto card. It will go nicely with my one bat relic card.

This next card is the crown jewell of the trade.

When he first packaged the cards together I thought he was just including this Ginter Code ad to protect the other cards. As I went through them I noticed this card last. It was really clever the way he packed it. It was the last card and it was in a toploader. I turned it around and... 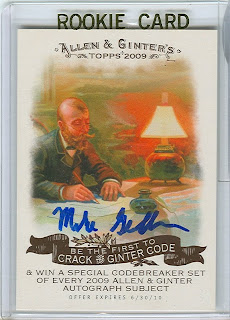 Haha. It's a Mike Gellner "rookie card". I love it. Very cool. I really think this is nice. I hope this post doesn't sound sarcastic, because I'm not being sarcastic, I really think this is nice. This is definitely going in the binder with all my other A&G cards. It has a really nice story to it. I'm going to pester the "other guy" and see if he'll do one like it. That would be a nice "mini set" to have in my binder.

Thanks again for the packages guys. I really enjoyed them!
Posted by Jeremy at 12:28 AM