I received some cards in the mail today from Collective Troll. He had a few minis that I needed for my A&G set and I had some base cards from A&G that I sent over.


He also sent over a bunch of other stuff. 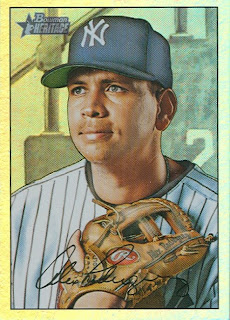 A-Rod with a little kid expression. I like the bowman heritage cards. I guess this is a chrome insert? It's really thick and has an old brown back with is an interesting choice on a card where the front is "high tech". 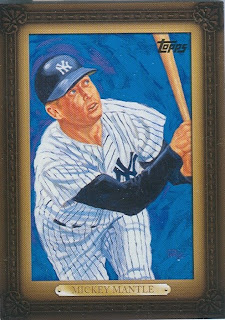 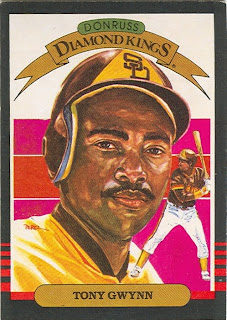 I have a few of those Diamond King cards from Donruss.


This is a really nice card of Joe DiMaggio. 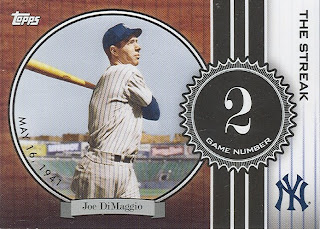 It's from his home run streak. I really like the how they juxtaposed the two round circles containing the photo and the home run count with the vertical lines in the right side of the card. It goes nicely with the Yankee logo on top with the words "the streak" on the upper right corner.

I'm guessing that their are 56 of these cards. That might be a fun one to try and put together. 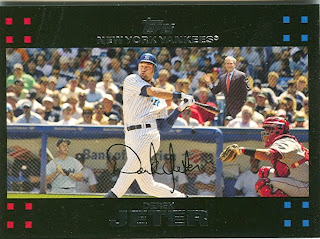 This is a cool card of Jeter. He's really one of only two players on the team right now that I like. The other being Mariano Riviera. 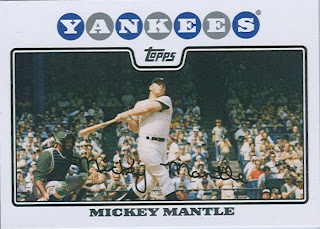 It kind of reminds me of this card I got a week ago of Mickey Mantle.

I didn't notice at first that their was George Bush in the stands. It took me a lot longer to notice Mickey Mantle in this card. I heard something about this online, but I forgot why they did this. 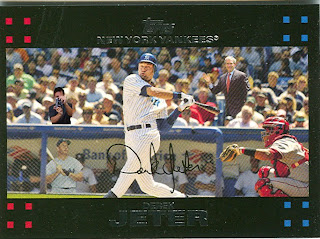 I wanted to join in on the fun so I stuck myself in there too.


Really cool cards that Collective Troll sent over. From what I can tell he's trying to finish that base set so go on over and check out his want/trade lists.
Posted by Jeremy at 5:46 PM

Wow, that Jeter card looks way better with you in it! I think I have about 4 more cards from Joe D's hit streak if you want them... I ran into another black bordered mini, too, of Joba Chamberlein. Glad ya got and like the cards. Cheers!

Those Joe Dimaggio cards would be great! So would the Joba mini card. Yours should arrive soon.