I love it when I get mail. So nice to get a trade package from a fellow blogger. Marck from Collective Troll sent over some cards for my collection. 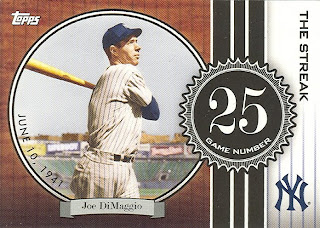 Something I didn't notice before is that there are also vertical lines in the brown part of the card. I'm guessing to look like a wood picket fence? Sort of like we are viewing DiMaggio through a knot hole. Kind of cool. 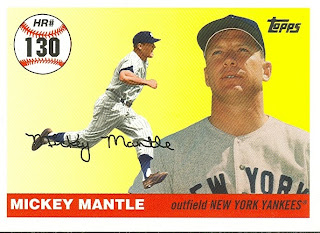 The photos for all these cards are the same, but look better than the Mickey Mantle Home Run insert from the 2006 topps cards. 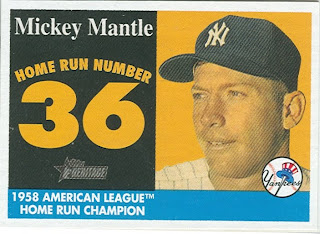 These Home Run cards from 08 Heritage are a lot better looking. This was also from Collective Troll. 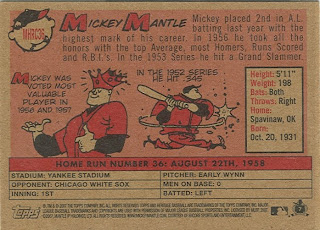 Here is the back.

He sent over a couple of Jeter Goudey cards. 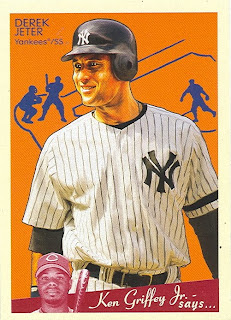 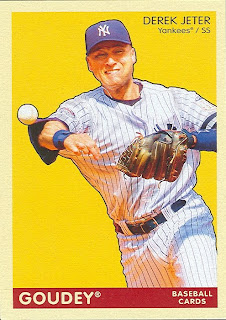 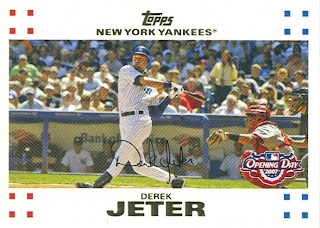 
A couple of my favorite pitcher who isn't named Johan. 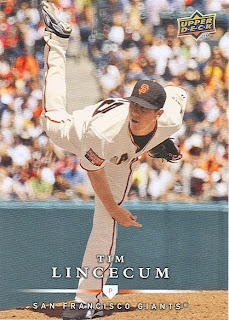 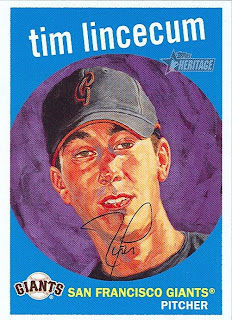 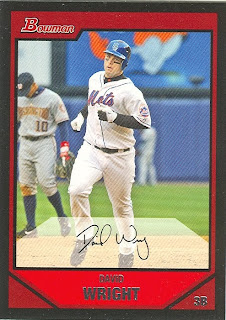 My favorite 3rd baseman. Sounds like title for a TV show. I love the dejection of the Nationals player. 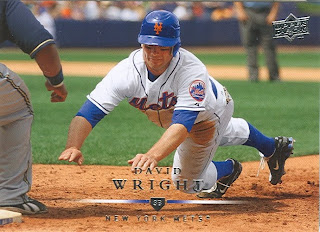 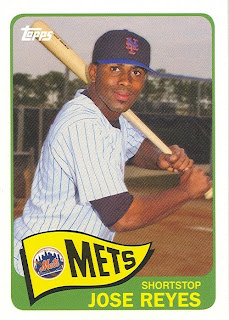 My eye immediately found this card in the huge stack of cards that the Troll sent me. I love this design. It's a 1965 Topps design and I think it's an insert from '07 Heritage? I'm not really sure. I really like the pennant with the logo inside and the bright colors around the border. 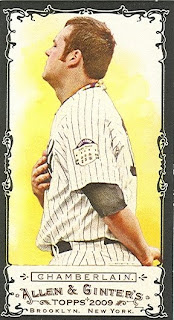 My big chase is the black bordered minis from 09 Allen and Ginter. I'm still collecting the base set too. I've got a hobby box coming soon though. Hopefully that will get me a lot closer to finishing that set. 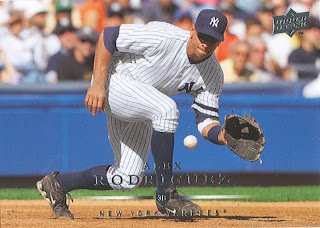 This is one of those cards where I can't tell if it's an actual game shot or just a pre-game warm up shot. 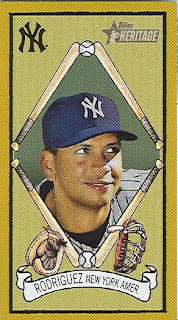 Another creepy little kid expression from A-rod. This time in mini format. Everytime I think of A-rod it's from the 2000 national championship game when OU played Florida State. He was on the sideline and he kept saying "Championchips" instead of championships. Like the world champion potato chip exhibition was being held in Pro Player stadium. The only reason why he was being interviewed was because as a Miami grad he thought that if FSU won that Miami U would get a piece of the national championship or in his case a bag of champion chips. Didn't happen. That was one of the few bowl games that we actually won.

Thanks again to the Collective Troll for his generosity in sending so many nice cards over.
Posted by Jeremy at 5:11 PM