I’ve been meaning to write this post for, well about a year and a half now.

I had many different ideas that I wanted to write about, but for some reason I couldn’t get motivated to actually DO it.   It’s funny, when I was I regularly blogging it was pretty easy for me to come up with ideas and get them on (virtual) paper.   I could keep the momentum going and always had ideas to flesh out on the old blog.  Not that many of those ideas were gold, but at least it was something and I could knock out a post somewhat quickly.  In the past year or so I really have gotten out of the habit of blogging and it's been really hard to get back into writing. I still read the blogs though, I just can't get around to writing about cards.

One of the distractions that we all have to go through are the same personal things going on in anyone's life. Of course my life isn't any different, so I've also go my personal issues to get through as well.  Good things mostly. Not the bad things people usually mean when they bring up “personal issues”; but real life did take precedent on blogging. 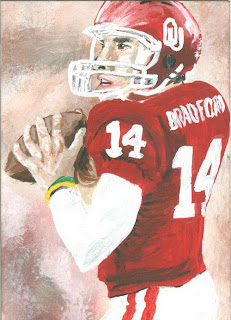 In this particular case I had many ideas on how I wanted to thank Dayf for his sketch card that he sent me.  I was pretty sure that no matter what I came up with, it wouldn't adequately reflect how much I like the cards that he sent over. The sketch of Sam Bradford above is the best of the package.  The other cards in the package were nice, but weren't expected. 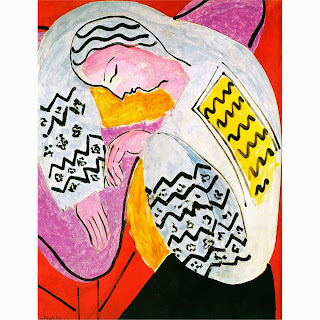 One of my early ideas for this post was to compare me and Dayf’s trade as a modern day Matisse and Picasso arrangement. 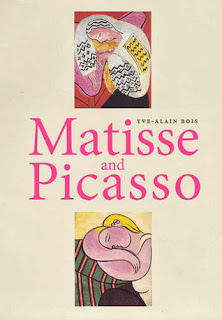 I went to the Kimball Museum many years ago to see the exhibit and bought this cool book.  Skimming through the book for photos to scan for this post also contributed to my procrastination.


I don’t quite remember all the details of their friendship. Basically I think they were influenced by one another and at some point they became friends and started a correspondence by mail.  In their correspondence they started to work on a few themes; mentioning to the other via letters what they were working on.  I might be misremembering what went on; it might be a good time to actually re-read the book rather than just look at the pretty pictures.  Many books have been written on the similarities between each artists work even though they belonged to two different schools of art. Picasso being more famous for his Cubist works and Mattisse being part of the Fauvist movement. 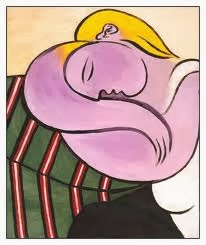 Probably seems a little arrogant to compare either one of us to two of the masters of the art world, but it's the first thing that came to mind when he sent out his missive to the blogging community to trade pony sketches for Dayf originals.

Trading sketch cards is a really cool idea and I've only been able to trade with our fellow bloggers a few times so far. It's something I'd like to do more often.


Sketch cards themselves would be the easiest to transport via PWE to one another with blogs and email being way more accessible than the old fashion postal system.  The problem isn’t with technology, it’s with the humans to stop being lazy and being overcome with the ease of looking at stuff online all day and just get to creating and of course writing about it later on the blog.

Anyway, that’s a long winded way of saying sorry to Dayf that it took me this long to thank him for the cool sketch card and also the cards he sent.   It's actually a painted card rather than just a sketch. Makes me feel a little cheap that I only sent him a sketch done with pencil and markers.

This is the card that he used as inspiration for the art card. 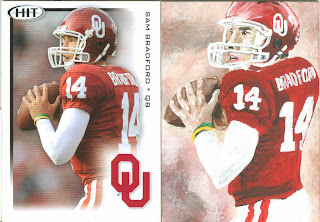 Pretty good likeness.  I don't do helmets very well myself so I know how hard it is to draw them well. The face is really well done too, I like his representation better than the original photograph.

Since it could be a long while until I blog again I’ll go ahead and show the other cards that Dayf sent over. 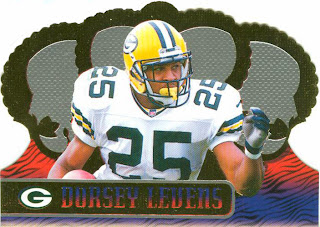 This is my first (hopefully not last) Crown Royale card. Pretty nice die cut card of Dorsey Levens. One of my favs on Madden 05 I believe. 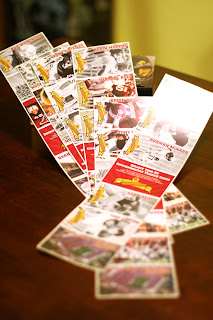 I'm not exactly sure why or where Dayf got these uncut University of Oklahoma "cards". I'm glad he procured them and sent them over. They seem to be commemorating the 6 (at that time) national championships that OU has won in football. 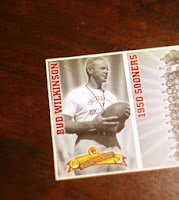 Pretty cool. They come from the Love's stores. I didn't realize they had those in Georgia, but I guess they do.

Mark Clayton and Mark Bradley were really good standouts at receiver, which is saying something because in the Bob Stoops era we have been pretty deep at the wideout position. It's always nice to get cards of players in their college uniforms. 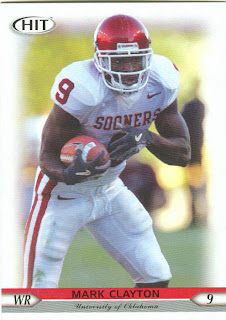 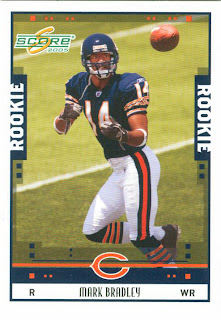 Thanks again for the cards and Happy Thanksgiving everbody!