I've really fell in love with the cards in this years Topps baseball. I'm liking the cards in Updates and Highlights too. The base cards look like a continuation of the quality that was in series one and two. I haven't noticed any weird or awkwardly shot cards. Except this one... 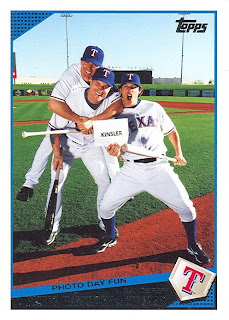 ..of course this awkwardness was done on purpose. "YEE HAW!! It's photo day!" At least it's a little different than an OPC half asleep player closeup. 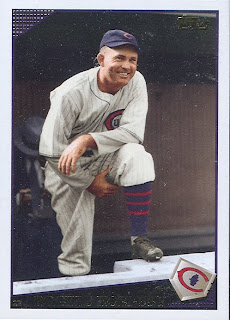 My only SP so far in Updates. This is a "real" card. Quite beautiful. The scan sucks, but you can see the person in the background looking down at something like an autograph book or something. I think he even has a pen or cigar in his hand. The clarity of the figure and background is amazing. This is how a heritage set should look. Not with Faux-grain or blurred photoshoping to make it look "vintage". This card makes me want to get all the SP's in the set. I only pulled like two so far in the series one and two and they didn't look as good as this card.

Also, I'm not sure, but it looks like he's resting his foot on marble. Or some such material like granite or something. Definitely not cheaply made stuff. I'm guessing that baseball parks of the time were built a lot better then. Baseball was still the main sport to watch and keep track of. I guess college and pro football has taken away some of the interest from baseball. 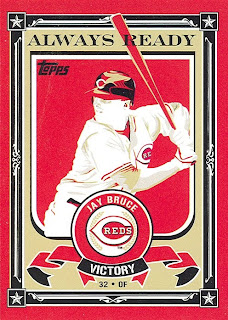 Another Propaganda card. I'm not sure about these. I'd like to collect all of them, but theirs like 20 of 'em i think. Maybe I'll trade them out for the David Wright card.


Here's one of my new faves. 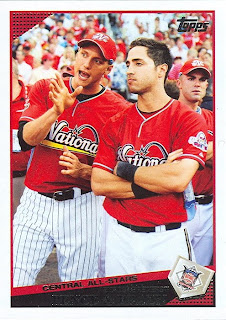 Pretty funny candid shot. We've all been there before, either as the one doing the talking or the one doing the feigned interest: "hmm, yeah. I see what you're saying." sort of comments to be polite to the other guy. I really hope I'm not the "other guy" too much, but I know I am. 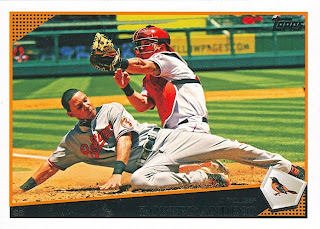 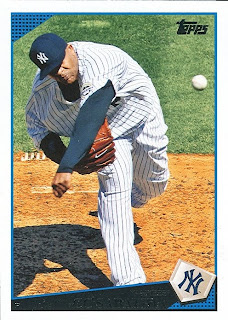 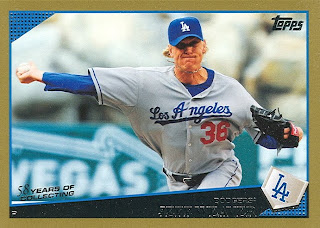 Another cool action shot. I love the framing that shows the VEGAS sign pointing directly at him. 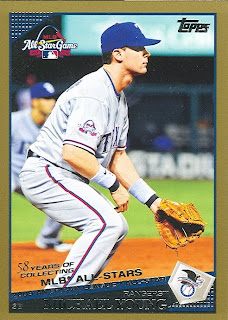 I pulled quite a few of these gold parallels. They're okay I guess. 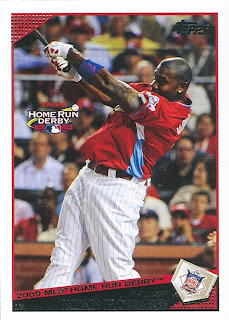 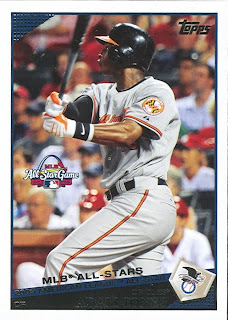 Alright, until next time. I'm about halfway through my hobby box. If theirs anything cool later, I'll post 'em up.
Posted by Jeremy at 9:49 AM

I'm pretty sure the Hornsby is my favorite card I'll pulled so far. It's so much better than even the printing plate card or propaganda cards.