Last week I pulled off a trade with Drew from Drew's Cards. The kid has got a cool blog and I'm not sure if any of you reading have had a chance to trade with him yet, you should. He's a very generous trader, so much so that I feel like I need to rummage through all my cards again and find some more Jets and Yankees cards to send his way.

On with the cards!! 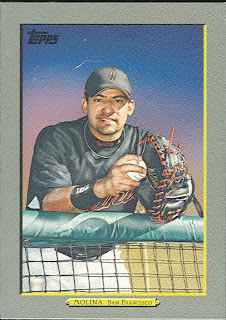 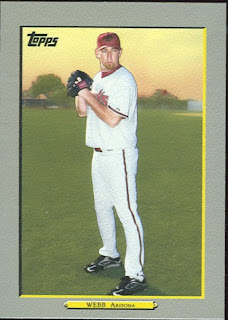 he sent over a couple of turkey reds for me. Still working on that set. Got a few off of ebay the other day and pulled some out of my second box of Updates and Highlights. I need to post the results of that box and all the extras that I have for trade. Hopefully this week I'll have the chance to take care of all that. 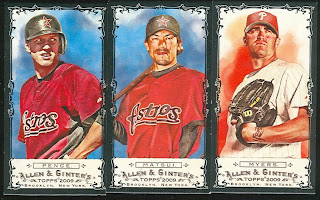 ... and some black border Ginters. This trade actually rejuvenated my interest in trying to finish that up. I'm having to turn to Ebay for some of those, and hopefully some will be coming home soon.

He sent me a bunch of series ones that I needed. 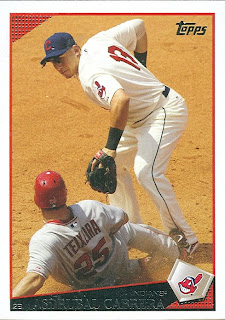 I have mentioned before how Indians cards look pretty cool and this is no exception. I love the old school hat he's wearing and the high angle of the shot.

Now for the extras. I wasn't really expecting this much stuff included in the trade. 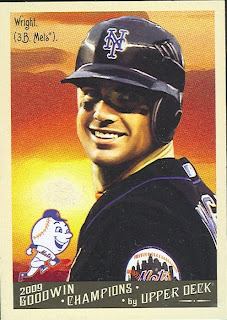 This goes nicely with the other Mets base cards I've already pulled. I traded for a mini earlier, and I'm still patiently waiting to get more. Maybe another blaster is in my future. 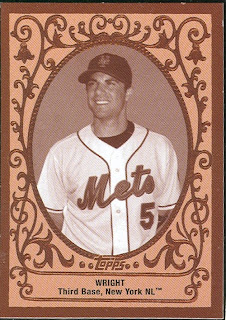 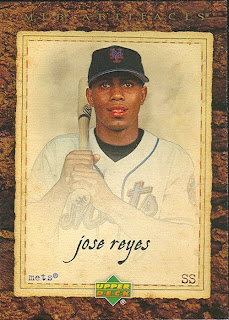 I have bought only one pack of the UD Artifacts. I like the way these cards look. I need to search out some more. I think mine came in a repack. I think Jose looks a little like a drag queen in this card though. He looks like he's wearing lipstick or something. 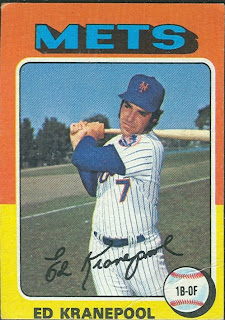 Cool! I think this qualifies as my oldest baseball card since all my older cards are either still in my parent's attic, or have been thrown away. 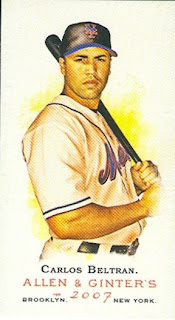 My first A&G of the 2007 variation. These cards are cooler looking to me than the '08's. All the minis look good though. Not as much white background on them unlike the base cards. 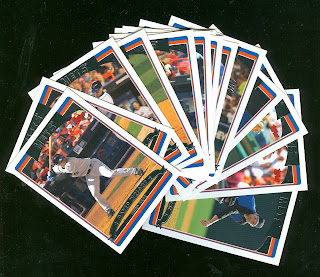 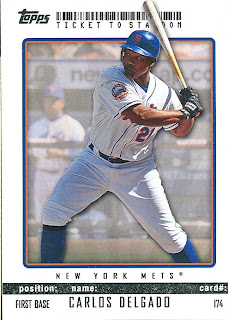 I think I now have like 3 or 4 of these cards already without ever having to buy a pack. Maybe I could try and complete this team set off of trades. I like the look of the cards, but I haven't had the chance to look at the checklist so I don't even know how many Mets their are in this set. 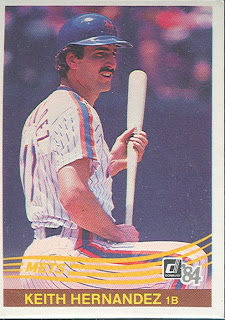 Keith Hernandez card from my most collected set when I was a kid. I had a ton of these Donruss cards from 1984. I actually have grown a fondness for the teal coloring on the backs of the cards. 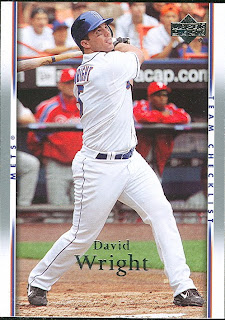 2007 Upper Deck cards look really snazzy to me. For some reason I love the borders. 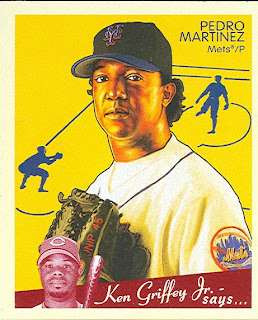 2007 Goudey Pedro. This is the first Goudey I've seen with the blue (purple?) backs. Ken Griffey says, "Pedro's got a Goudey-mullet."

Alright that's all for now. Thanks for the cards Drew. I hope you liked the ones I sent.
Posted by Jeremy at 11:09 PM

i don't like seeing this yankee and met fan stuff of happiness. Getting along sucks.

haha yeah, but it's all good though. Fans of rival teams need to be able to have that outlet to get rid of all those unwanted cards. Actually I like the Yankees too, not so much the current ones. Even though I do like Jeter and Mariano. But I'm more into the older Yankee players.

Drew is quite generous, by my experience, too.

I haven't heard many people say they like 2007 Upper Deck.

I can't explain why I like 07 UD. I pulled some of those in a repack once and I think they're kind of cool looking. I think it's because the border makes the card photo "slimmer". I don't know.

Wow, cool post, I swear I've seen those before! Great trade dude, loved the cards you sent me. Did I get it right in the video??? Drew

Yeah, you got it right in the video. Doing a slideshow video is a good idea for trades. I like the music too. Thanks for the cards!

The 2009 A&G minis may be the death of me. When I got back into this crazy hobby back in August, someone should have warned my about trying to collect those.

well, I bought some random lots on ebay so now I have a few more duplicates to trade if you're interested. I have regular and black border minis to trade. I'll try to put up a big trade list post in a few days.