I picked up another pack of Topps series one the other day. (yeah I know everybody's waaaaay past that now, but it's still new to me.)

I wanted to take a look at the posed versus candids in this set.

Their is one card from this set that I love, but I don't actually own it. It was mentioned here at night owl's blog, but I still haven't pulled it. Their are a few other great cards that I still haven't pulled so I'm limiting this post to cards I actually own. I'm not sure what category it would fit in, but it doesn't matter, it's a great shot with a lot of depth to it. 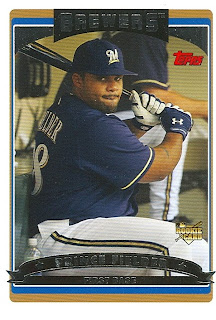 Prince Fielder pretending to warm up in the dugout looking straight at the camera. I'm sure that happens all the time. 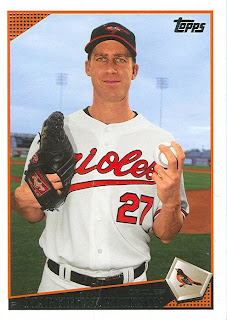 Actually the stiffness has a little to do with the two symmetrical stadium lights coming out of his back making the whole producion look too stiff. 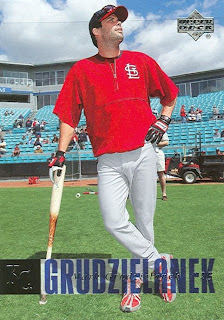 He's wearing the wrong uniform, playing like he's Mr. Peanut in an near empty stadium.

I'm not sure if he's even on the team or just "happened" to show up at photo day. 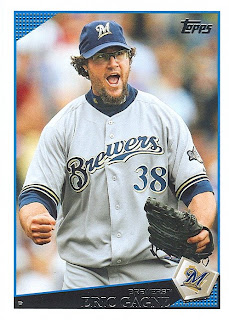 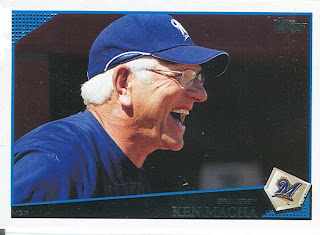 I can't help it, I love these types of shots much more than the posed shots. 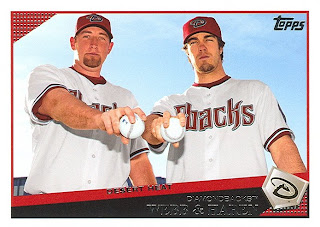 like this one with over gelled flash and horrible shadows.

This is a cool card. I would put this in the "artistic card" category. 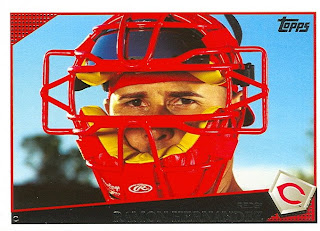 Not my favorite, but a nice idea to break up the monotony of the regular type card shots.


This is really sweet shot though. This is probably the best posed shot I've seen. really cool angle. Cool uncluttered background. (I love the clouds!!) Somewhat natural skin tones. I also like that he's not looking directly at the camera. 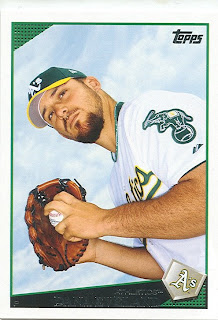 I should've cropped the scan better though. It's throwing off the composition. This goes into the ring of honor for coolest posed shot.

I really hope that the in between action shots became more frequent than cards of the posed variety.

If anybody knows of any other shots I missed, please let me know. It'll just give me more reason to buy packs of the stuff.
Posted by Jeremy at 4:47 PM