A few weeks ago I made the trek back to southeast Oklahoma to visit my parents and to grab some stuff out of my attic. I was really looking forward to seeing what stuff was still intact from my youth. I found a lot of old stuff, some of my baseball cards were still there. It's really sad to find out that most of your "collection" has disappeared and what has remained intact over the years.

I don't remember collecting this many Battlestar Gallactica cards. I remember liking the show a little, but I must of had like 30 of these laying around. 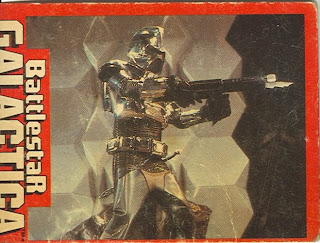 I used to have a ton of hockey cards, now I only have 1. 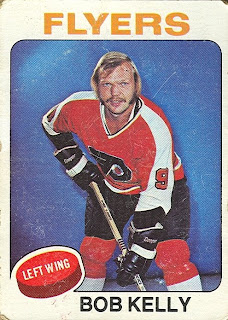 Of course I had a few Micheal Jackson cards. I picked this Billie Jean card to upload because I loved that song. Still do. Looking at this card you can almost hear him singing and dancing on those lighted squares. 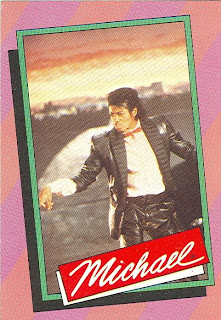 Thank goodness I couldn't find my silver glove and socks. I'd have to hold the urge to try them on. 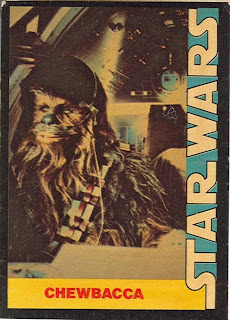 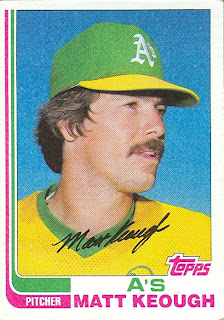 I couldn't figure out where I knew this guy from and after googling his name, I figure it out. He's the dude from Real Housewives of the OC. 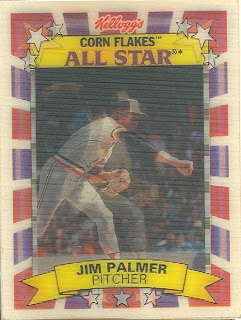 A reflector type card. Showing the pitching motion in the Orioles' Jim Palmer. 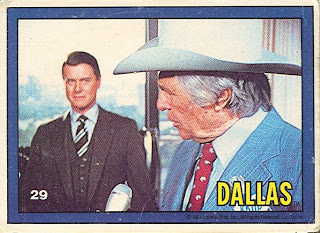 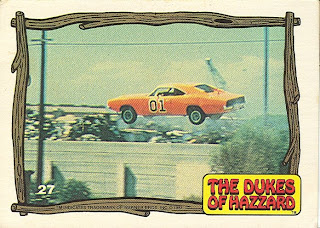 I seem to have a lot of pop culture cards. Maybe that explains why I like sets like Allen and Ginter so much. They're cool because they include a variety of subjects. 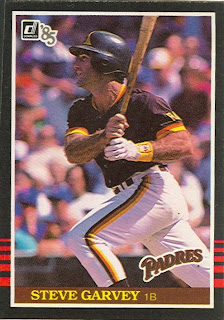 I always picture this guy as a Dodger not a Padre. Shows how much I know about baseball. He was in town a few weeks ago, I should have tried to get his autograph. 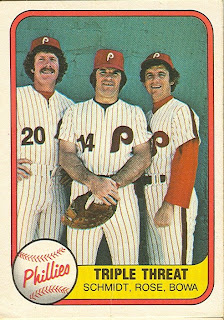 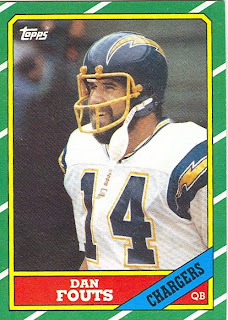 I've always liked Dan Fouts. I would rather here him call a game on TV than just about anybody. He's knowledgeable and knows when to not talk to much. Or at least compared to the current crop of play-by-play and color guys on TV these days. 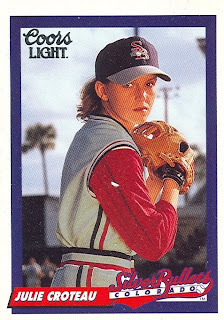 I don't know what the in the Hell this is. A giveaway from Coors light promoting women's baseball? I have know idea why they were made or why I have them. I'm guessing they were made during the A League of Their Own movie period. Hmmm. Interesting card. Their is a palm tree, stadium lights, bystanders and empty stadium seats. 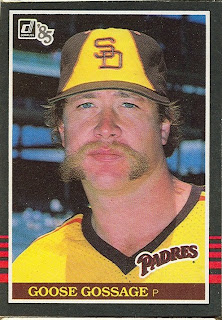 I think Tim Lincecum should grow some sideburns like Goose. That would definitely complete his look.
Posted by Jeremy at 4:38 PM

Re: the Coors card:

The Silver Bullets -- sponsored by Coors -- were an all-female baseball (not softball)-playing team that toured the country, often playing men's teams during the mid-1990s.

I sort of addressed it here:

Yes!! I remember reading that post about the Niekro brothers and the Silver Bullets. Thanks for the info.

I like all the old cards, I still wish I could find them all. The older the better as far as I'm concerned.

Those Star Wars and Battlestar Gallactica cards look like the ones that came with bread. I could be wrong...it's been a looong time since mine have seen the light of day.

I think you're right, now that I think about it they were probably from some Hostess loafs of bread.